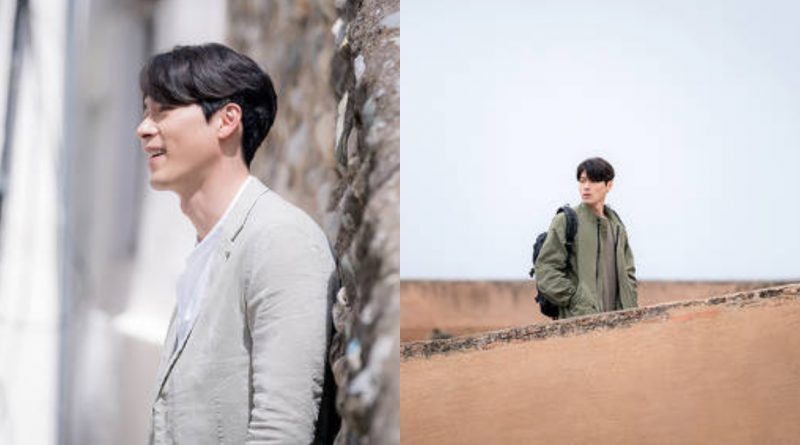 Hyun Bin is currently busy filming for his newest drama ‘Memories of Alhambra’ that is set to air this November.

In the still cut that has been released by the production house, Hyun Bin is seen smiling in the small alley. Eventhough there is no actions or whatsoever, Hyun Bin showed off his dazzling visual, good looks and the relaxed atmosphere that made the viewers can’t help but feeling excited.

Hyun Bin will play the role of Yoo Jin Woo, the chairman of large business company with the masculine and full of humor traits in the newest tvN drama ‘Memories of Alhambra’ which is expected to be the best drama of the year.

Drama ‘Memories of Alhambra’ also gained a lot of attention because Hyun Bin is also known to be successful in spreading the Hyun bin craze through his movies and dramas. Eventhough the exact broadcast schedule isn’t released yet and that it is announced to be first broadcasted in November, a lot of pictures of Hyun Bin who is currently filming the drama in overseas were spread in the online community. He is not only become the talk of the town in between the viewers and his fans but also become the main attention of some local media in Spain.

Hyun Bin is also actively taking parts in drama and movies. His movies entitled ‘Negotiation’ which he will be the villain for the first time since his debut is set to release in September this year, meanwhile the movie ‘Outbreak’ where he will play the role of the king of Joseon is set to air later this year.