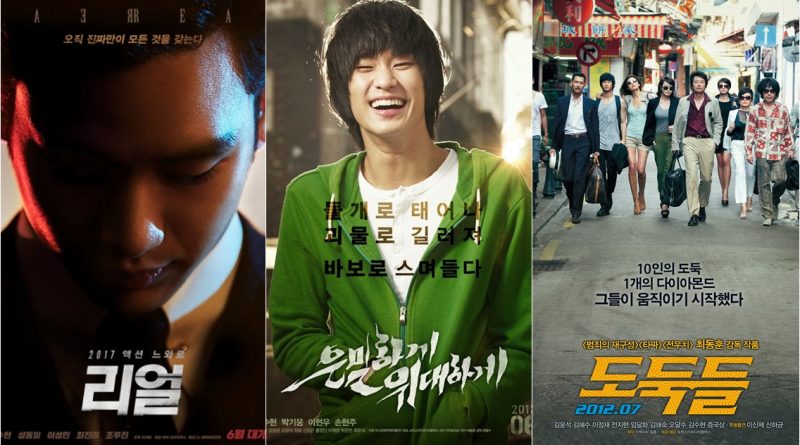 Kim Soo Hyun is one of the most popular Korean actors. Having a handsome face and unique charms added with great acting, making this man has the perfect combination to be adored by women around the world. Kim Soo Hyun was born on February 16th, 1988. This actor boasted his career in 2003 by starring in the musical drama ‘Grease’. After the role, various offers to play in dramas and movies continue to appear. Among them are ‘Dream High’ and ‘My Love From The Star’. Kim Soo Hyun’s popularity has risen drastically after both dramas and he has become one of the most popular actors in Korea.

The movie ‘Real’ released in 2017. It tells the story of a man named Tae Young (Kim Soo Hyun) who is a popular trouble maker in the Korean criminal world. He is cold and has great ambitions. Not only that, Jang Tae Young also dreams of building a big casino someday. A reporter came to Jang Tae Young to investigate him. Not only Kim Soo Hyun, ‘Real’ also stars Han Ji Eun, Sung Dong Il, Lee Kyung Young, Lee Sung Min, and Sulli.

The film tells the story of Won Ryu Hwan (Kim Soo Hyun) who is trained in North Korean special forces. He can speak five languages and experts in using a killer machine. Two years ago, Won Ryu Hwan got orders to become a spy in South Korea. While traveling around the seedy neighborhood of Seoul, Won Ryu Hwan collapsed and woke up in an elderly woman’s house. Then the lady allowed him to stay in the restroom above the grocery store and make him work in the store. His identity in South Korea is Bang Dong Gu and he pretends to be an idiot man. Since then, Bang Dong Gu has become known in the neighborhood.

One day, a guest visited Bang Dong Gu’s small apartment. The guest was Lee Hae Rang (Park Ki Woong), who was trained by the same forces in North Korea. Lee Hae Rang also received the same order from North Korea. The personality he chose is a rockstar nominee. Lee Hae Rang found it difficult to not play guitar. Moments later, Ri Hae Jin (Lee Hyun Woo) who is also the same member, arrived in the same neighborhood. The three men live in disguise in South Korea and await orders from the North.

Popie (Lee Jung Jae), Yenicall (Jun Ji Hyun), Chewingum (Kim Hae Sook) and Zampano (Kim Soo Hyun) are a team of professional robbers in South Korea. After they had picked up a precious antique vase, they heard from Macao Park (Kim Yun Suk) about a very lucrative job in Macau. Meanwhile, Pepsee (Kim Hye Soo) just got out of jail. A few years ago, Macao Park, Pepsee, and Popie worked together as a team. Macao Park and Pepsee even dated each other. Then, while stealing gold bars Macao Park’s wires snapped on the elevator shaft and disappeared with gold bars. Pepsee was arrested a few moments later.