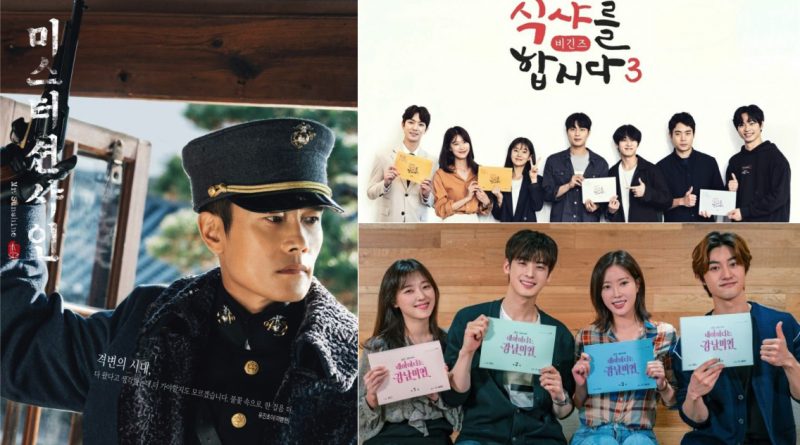 There a lot of spectacular dramas that are set to air by the second of 2018 that has gained a lot of viewers attention. In the month of july this year, tvN’s newest drama with Lee Byung Hun as its main lead entitled ‘Mr.Sunshine’ will be released and following this drama, So Ji Sub’s drama MBC ‘Terius Behind Me’ is set to air in September and also Hyun Bin’s drama ‘Memories of Alhambra is set to air by this November. Another big works that will be released by the second half of this year are also ready to entertain the viewers.

Besides the three works mentioned above, drama JTBC entitled ‘Life’ that is set to air later in July will tell a story of a doctor who faced the conflict in a huge hospital where he has to fought for what’s right and humanity. This cast of this drama is none other than actor Lee Dong Wook and Jo Seung Woo while the script itself was written by the writer of tvN’s drama ‘Secret Forest’ named Lee Soo Yeon. The other worth to wait drama from JTBC after ‘Sketch’ is ‘My ID is Gangnam Beauty’ which tell a story of a woman who struggled after some beauty surgery.

Just like JTCB, tvN will also release its newest drama such as ‘Let’s Eat 3’, ‘Nine Room’ and also ‘Mr.Sunshine’ that made these drama are worth to watch in tvN, including the drama that will be played by the member of EXO, Do Kyung Soo entitled ‘Hundred Days Husband. tvN will also release the remake of Japanese drama entitled ‘100 Million stars falling from the sky’ that has become the long-awaited drama by the viewers. KBS will also return with its remake drama entitled ‘The best Divorce’ which Cha Tae Hyun will play the main lead. SBS will entertain the viewers through its newest drama entitled ‘Thirty but Seventeen’ that is also worth to watch in the second half of this year.