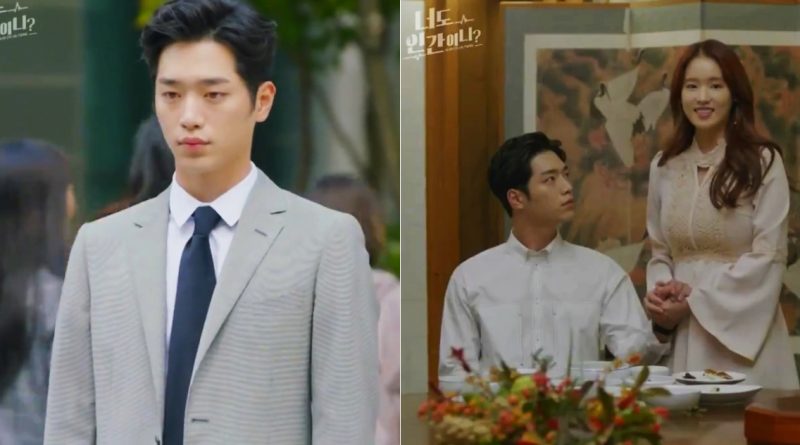 Eventhough Kang Seo Bong (Gong Seung Yeon) has discovered that Nam Shin III (Seo Kang Joon) is an intelligent artificial robot in drama ‘Are You Human Too’, She decided to stay by his side as his bodyguard to protect his secret.

The second crisis came from one of the senior executives in the company named Song Jong Gil who did the hacking towards the self-driving car system that made Nam Shin III went through an accident. The human Nam Shin’s grandfather, Nam Gun Ho who was disappointed told Nam Shin to marry Ye Na (Park Hwan Hee). But Nam Shin III who was ordered to refuse the wedding offer at all cost took So Bong in and kissed her that made in front of everyone on purpose.

Eventhough he looks completely humble and kind, Jong Gil is actually been eyeing the chance to conquer the PK Group. First, he told his secretary to follow Nam Shin. Even since the return of Nam Shin III to Korea to replace the human Nam Shin, Jong Gil never stops to find the weakness of Nam Shin. What will happen if he took the control of PK Group?

Now Nam Shin III is currently facing the big crisis with the sudden marriage plan and also a kill switch inside his body that can kill him in a blink of an eye.