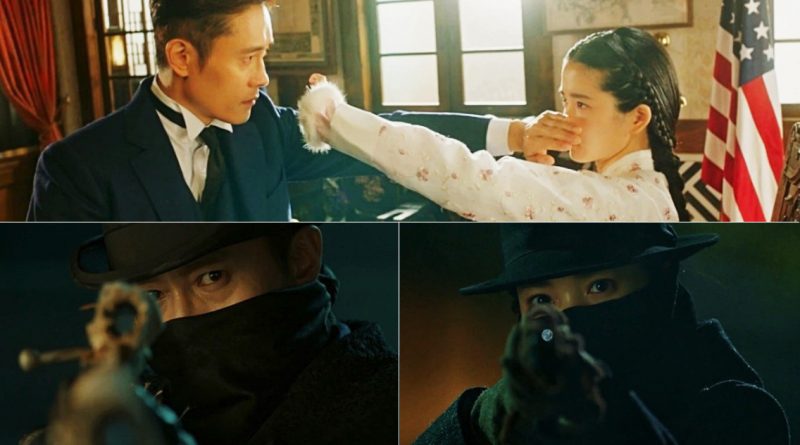 The first meeting of Lee Byung Hun and Kim Tae Ri has made the viewers felt intense and worried at how the relationship between them will unfold.

In the second episode of drama ‘Mr.Sunshine’ that aired in 8th of July, Choi Yoo Jin (Lee Byung Hun) and Go Ae Shin (Kim Tae Ri) has met for the first time.

Meanwhile, Choi Yoo Jin was ordered to assassinated Logan Taylor, an official soldier of America that has hidden the biggest corruption. Because of the assignment to kill Logan Tayler, he went back to Joseon and then later he met a woman named Go Ae Shin (Kim Tae Ri) a daughter of the highest government officials in Joseon.

When the two of them had realized each of their presence, he said, “One target, two snipers and two competitors?”

Choi Yoo Jin then said, “I feel like I have seen you somehow” he said as he closed a half of Ae Shin’s face with his hand, copying the mask. Then later Go Ae Shin did the same gestures and said “I guess I have seen you before too” she said as the two of them doubted their identities that gives off an intense atmosphere.

August 2, 2017 Tirta Comments Off on The Rise of Idol Actresses in Korean Dramas
VIDEO