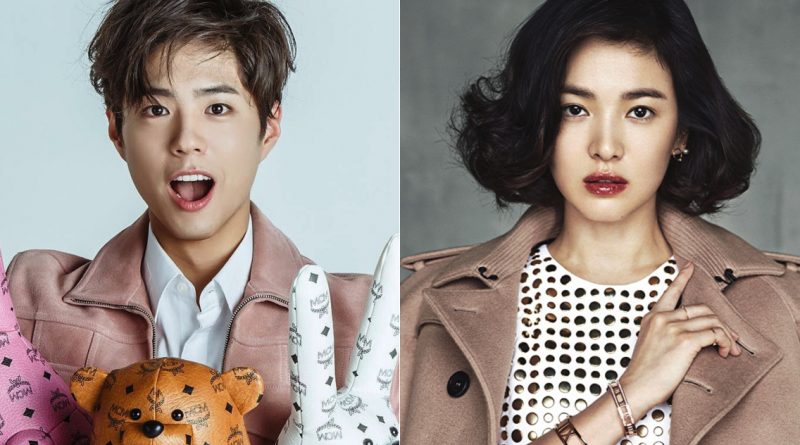 Actress Song Hye Kyo and actor Park Bo Gum has confirmed their role as the main leads in drama ‘Boyfriend’. The production team of this drama stated that “We’re currently preparing for its broadcast in the second half of 2018”

Drama ‘Boyfriend’ will tell a story of a daughter of a politician that has everything but couldn’t live her life the way she wants named Cha Soo Hyun (Song Hye Kyo). She finally met the ordinary man who has nothing but love to give named Kim Jin Hyuk (Park Bo Gum) which later she will be involved in loveline with.

Park Bo gum will play the main male lead, Kim Jin Hyuk. Kim Jin Hyuk is not a special guy but he is a man who appreciate every little happiness as his precious moment in life. Now the attention is focus on how Park Bo Gum who is known as the number one wanted actor through his dazzling appearance and his acting skill will depict the melodrama in the drama ‘Boyfriend’.

Furthermore, the meeting between Song Hye Kyo and Park Bo Gum has become the talk of the town. Song Hye Kyo chose ‘Boyfriend’ as her first work to return to the small screen after two years of absence since ‘Descendant of the Sun’. Song Hye kyo has showed off her acting skill and her lovely and emotional appearance through her works all these years. Park Bo Gum has made the Korean viewers smiled through his friendly characteristic and his acting ability in ‘reply 1988’ and ‘Moonlight Drawn by the Cloud’.

April 27, 2017 Tirta Comments Off on The Rise of ‘One Agency’ and ‘One Project’ Celebrity Couples