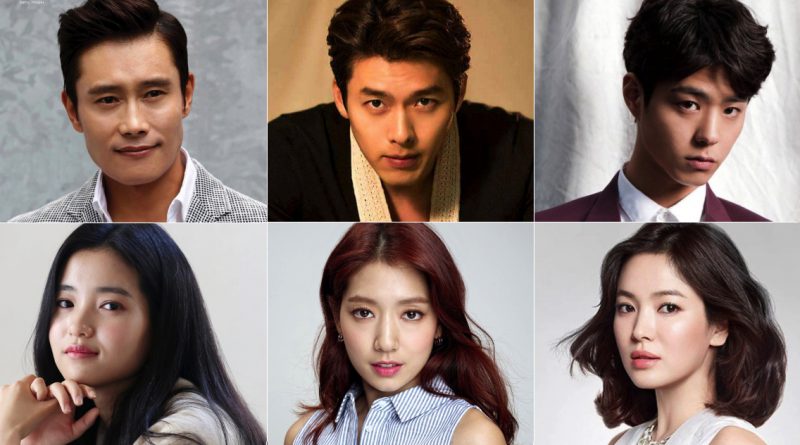 A few new couples will rule the main screen this second half of this year and they’re ready to greet the viewers through their works.

Lee Byung Hun and Kim Tae Ri will be a couple in the drama ‘Mr.Sunshine’ that has spent a total 40 billion won on the production fee itself. Lee Byung Hun will play the role of Choi Eugene, a man who was born as a slave in Korea and then he escaped to America through the warship. He returned to Joseon as the American marine military ministry where later he met Go Ae Shin (Kim Tae Ri) who tried to save Joseon. Go Ae Shin is a daughter of a noble family but that doesn’t stop her from trying to save her country as she casually carried guns and learning gunpowder. She will be involved in a huge conflict after she met Choi Eugene as a stranger.

Just like the other Kim Eun Sook’s breathtaking works, the story between Choi Eugene and Go Ae Shin can be described as the beautiful yet tragic love story in the drama ‘Mr.Sunshine.’

Hyun Bin and Park Shin Hye has also announced their historical meeting. The two of them are currently filming their new drama entitled ‘Memories of Alhambra’ in Granada, Spain. Park Shin Hye will play the role of Jung Hee Joo, a woman who runs the old hostel meanwhile Hyun Bin will play the role of CEO who went for a business trip in Granada and stayed in a hostel that runs by Jung Hee Joo.

This drama is the combination of romantic comedy and fantasy written by the writer Song Jae Jung who is known for his great works. The two of them will get into series strange things that happened to them after their meeting in the old hostel in the foreign country. The viewers are anticipating the story of the two of them that will be unfold along with the beautiful and exotic background.

Song Hye Kyo and Park Bo Gum will meet each other in a romantic drama. Drama entitled ‘Boyfriend’ is a drama that has been chosen by the two of them and will tell a story of a woman who seems to have everything and an ordinary man who has nothing.

The two main character has successfully captured the viewers’ attention. Park Bo Gum will play the role of an ordinary man who has nothing special. He works as a part time in a company that will face off a crisis as he finally traveled to a place where he will meet a woman named Cha Soo Hyun, the character that will be played by Song Hye Kyo. Cha Soo Hyun is a daughter of a Seoul Mayor and a politician. After graduated from college, she became the wife of the second generation conglomerate. The main story of this drama is the two of them unexpectedly meet each other in a foreign place and fell in love with each other.