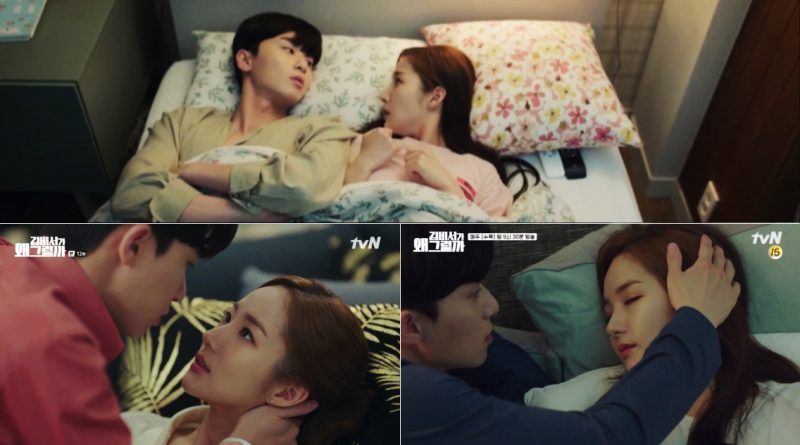 In the 12 inning of drama ‘Why Secretary Kim’, Lee Young Joon (Park Seo Joon) and Kim Mi So (Park Min Young) expressed their feeling through getting really lovey-dovey.

At the that day, Lee Young Joon surprised Kim Mi So by visiting her house and he said “I’ll just stay in here for a few times. This isn’t called living together, this is just a resting house” he said.

Then the two of them keep feeling awkward in the small studio apartment and they ended up going to Young Joon’s house which is more spacious.

Then Lee Young Joon exposed the truth to his parents after getting persuaded by Kim Mi So. He explained to Lee Sung Yeon (Lee Tae Hwan) and his parents that “I pretended to not remember about the kidnapping because it’s the only way we can live” he said while slightly tearing up.

Young Joon met his brother, Sung Yeon (Lee Tae Hwan) and apologized to him then later he returned to met Kim Mi So and said “I thought by telling the truth everything would be hard, I don’t know why but I feel refreshed” he said as he leaned closer to kiss Kim Mi So. He then later asked her, “Can I be honest right now?”. Lee young Joon finally admitted “I Don’t want to spend the night alone” he said as he slowly unbuttoned Kim Mi So’s shirt.

June 22, 2018 Tri Comments Off on 4 Most Memorable Wedding Scenes in Dramas
Rank&Talk STAR