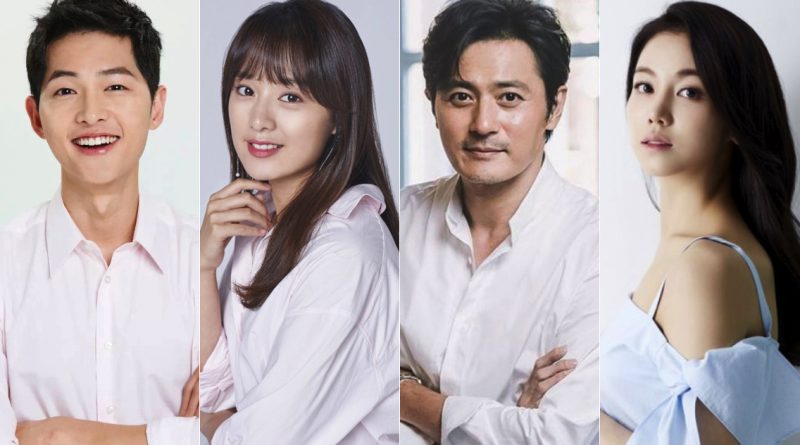 Will these big stars line-up be able to complete ‘The Chronicle of Aseudal’ as desired?

According to the representative of this drama, “Song Joong Ki, Kim Ji Won, Jang Dong Gun, Kim Ok Bin are currently considering the offer to appear in this drama, but so fat nothing has been confirmed” and they added, “this drama has decided on its director and the scriptwriter”.

‘The Chronicle of Aseudal’ is a fantasy drama that tells a story of a country in the ancient time and a man who tried to create an ideal country in this land.

Song Joong Ki got an offer of the main lead named Eun Som. He is a man who saw his country in his imagination and he has to find the heir of the blue comet to be able to rule the Aseudal.

If Kim Ji Won confirmed her role in this drama, then Kim Ji Won will play the role of Tan Ya, a woman with the energy of blue comet and the successor of the Wuhan people.

Jang Dong Gun will play the anti-hero role named Ta gon, who is a talented man and always ends up with victories in every battle and war and he is known as the brilliant strategist since he was 18 years old.

Kim Ok Bin is expected to play the role of Tae Al Ha, the oldest daughter of the Hae family in this drama.

This drama is set to air in the first half of next year after going through pre-manufacturing.

August 2, 2017 Tirta Comments Off on Stars Who Came to ‘A Taxi Driver’ Press Conference
DRAMA VIDEO