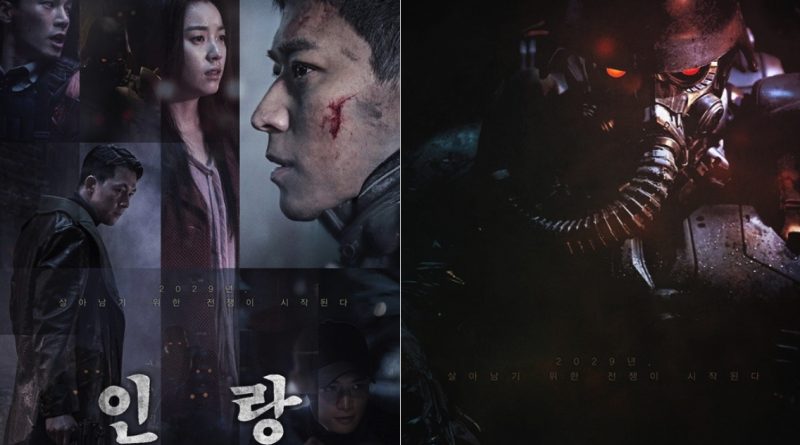 Movie ‘Jin-Roh: The Wolf Brigade’ has released two of their final posters.

‘Jin-Roh: The Wolf Brigade’ tell a story of a special force that was created by the police organization and the national security agent in 2029 that will face off the terror of the unknown organization that appeared out of nowhere and against the five years preparation plan of the reunification of the two Koreas.

In this Movie Kang Dong Won will play the special agent Im joong Kyung and Han Hyo Joo will play the role of Lee Yeon Hee. Jung Woo Sung will also join the cast by playing the character named Jang Jin Tae and Kim Moo Yeol will play the role of the head department of public security named Han Sang Woo. The final posters that has been unveiled successfully gained the viewers attention though the expression from the actors face that radiates each of their own charms and made the viewers expectation high for this drama.

Through these two posters, a lot of questions also starting to appear about the relationship between each of the four characters and how the chaos situation that happened in 2029 will be drawn into the screen. ‘Jin-Roh: The Wolf Brigade’ will gives off a sympathy of a human who lives in the future.

Meanwhile, ‘Jin-Roh: The Wolf Brigade’ is set to air in Korea in 25th of July.

November 11, 2017 Ria Comments Off on Taemin Congratulates Rain and Kim Tae Hee for The Birth of Their Baby Girl
DRAMA VIDEO