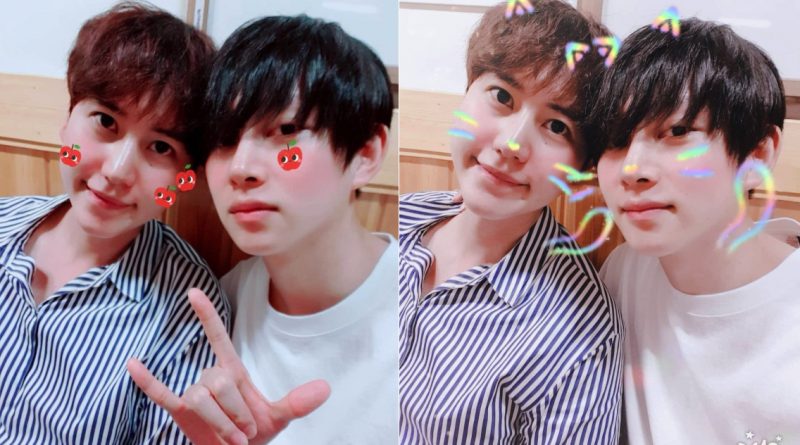 Kyuhyun’s latest status has been updated.

Kim Hee Chul, a member of Super Junior unveiled the recent condition of Kyuhyun through his Instagram in 22nd july that gained a lot of attention.

Kim Hee Chul gained the fans attention by releasing pictures he took together with Kyuhyun, the youngest member of Super Junior through his Instagram. In the picture, Kyunhyun was seen showing off his visual along with Kim Hee Chul who was sitting next to him.

The fans showed their support for Kyuhyun by leaving comments in Hee Chul’s pictures such as “I miss you” and “Are you healthy?”. Meanwhile, Kyuhyun finished his military training in Nonsan city, South Chungcheong province in May last year and now he is serving as the social worker after finishing his basic military training. Kyuhyun injured himself badly in 2007 because of the car accident and broke his pelvic.