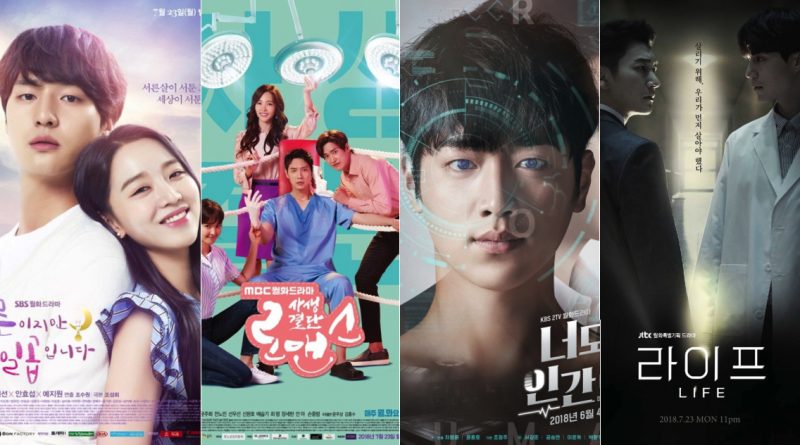 DRAMA
July 24, 2018 CastKo Are You Human Too?, Life, Risky Romance, Thirty but Seventeen

The Mon-Tue drama entitled ‘Thirty but Seventeen’ that aired for the first time has taken a lead.

According to Nielson Korea, an entertainment agency which observe the drama ratings, the first and the second episodes of this new drama has successfully record 5.7% and 7.1%.

The first and the second episodes from the mon-tue MBC Drama ‘Risky Romance’ that aired for the first time at the same day recorded 4.1% and 3.5% and they’re the lowest rating between the other dramas.

The 25th and the 26th episode of drama KBS ‘Are You Human Too’ has recorded a rating of 4.5% and 5.6% on the average which aired at the same day and secured the second highest.

JTBC newest drama ‘Life’ that also aired for the first time on the same day turned out to be a successful one. The new work from Lee Soo Yeon which a writer of ‘Secret Forest’ has recorded the 4.3% viewers rating. For the first time JTBC drama captured the viewers interest from the first episode.

April 13, 2017 Tirta Comments Off on Korean Stars Who Suffer from Unexpected Illness