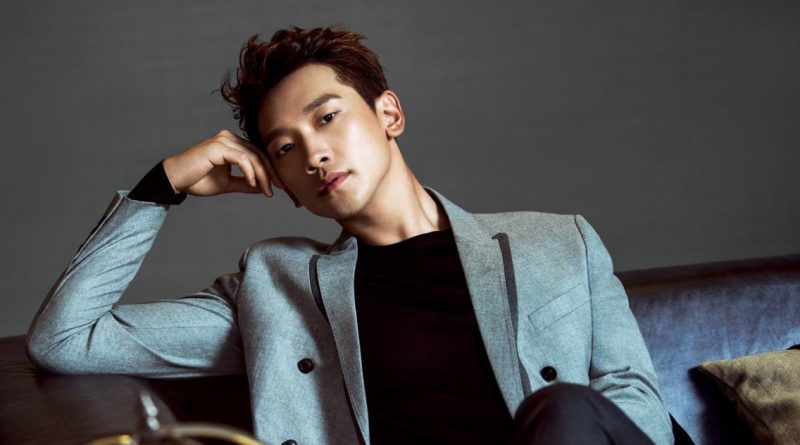 According to the report from one of the Taiwan media outlet, Rain attended a press conference in Hong Kong recently before he officially promotes his Asian fanmeeting as he greeted his fans and also the local reporters.

After finishing his JTBC drama ‘Sketch’, Rain is busy with the his Asian fanmeeting tour event and he held a press conference in order to introduce the ‘Rain Just For You’ fameeting with the total of 600 fans attended the event in Hong Kong.

Rain made a visit to Hong Kong for the first time in such a long time and he was seen waving his hands and smiling at his fans while giving them fan service. A young fan of him which is still a little girl who visited his press conference was called up on stage and Rain went to her to hug her while showing a fatherly smile. Rain who is now a father and has a daughter in last October skillfully hold the little girl in his arms to show his fatherly side. Rain also showed his affection towards his wife and his daughter by saying that family comes first and family is his top priority.

Meanwhile, Rain also revealed his plan on releasing a new album, “I want you to wait for a little longer since a lot of outstanding composer are taking part in this album” he said, receiving a lot of cheer and support from his Hong Kong fans.

The Rain Fanmeeting in Hong Kong will be held in 18th of August and Rain said that he has prepared something special to surprise his fans.

Rain will hold his Asian Fanmeeting in Hong Kong, Taiwan and Thailand.

August 9, 2017 Tirta Comments Off on Kim Nam Gil and Kim Ah Joong are Back with ‘Live Up to Your Name’
MUSIC VIDEO