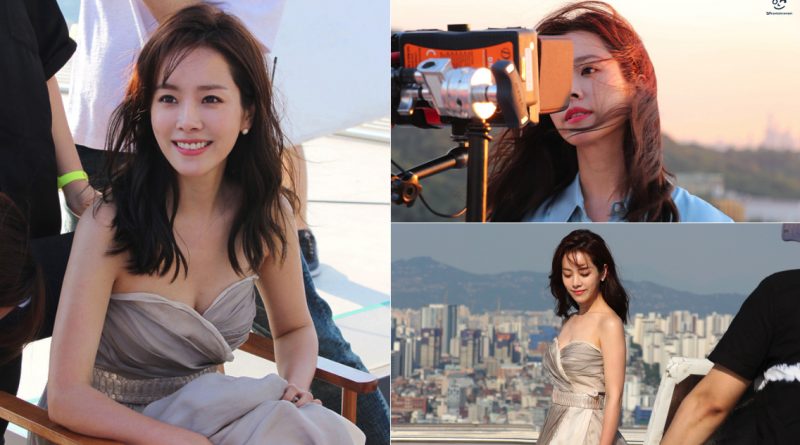 A few pictures of Han Ji Min behind the scenes of her filming the teaser of her new drama ‘Wife that I Know’ has been unveiled.

The agency of Han Ji Min, BH Entertainment posted a few behind-cut pictures of Han Ji Min while filming the teaser for drama ‘Wife that I Know’ in 26th of july with caption “It is not the beauty of the world”.

In the released pictures, Han Ji Min was seen busy and focused on filming. Her radiant beauty is dazzling especially when she wears the dress that captured the fans attention. Han Ji Min also showed her warm and lovely smile.

Han Ji Min played the role of Seo Woo Jin, a woman who got married in the young age and struggled to work and doing the house chores at the same time. Along with the actor Ji Sung, the two of them will play an act of a real married couple. ‘wife that I Know’ is set to air for the first time in 1st of August after ‘Why Secretary Kim’.

March 11, 2017 Tirta Comments Off on Sulli and Choiza End their Relationship after 2 Years and 7 Months
MUSIC VIDEO