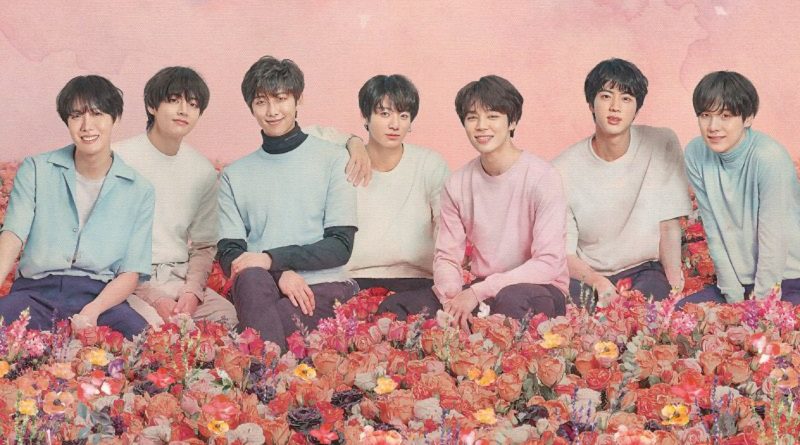 How far will BTS actually going? BTS, the best global group is once again wrote down a history through their world tour that seemed to be endless. This time BTS is ready to perform in Japan. BTS has been performing in Japan through a lot of their activities and promotions in Japan but this time is the first time in their world tour agenda.

BTS recently just released the official poster through their fan café and also their social media in 30th of July which confirmed the ‘LOVE YOURSELF – JAPAN EDITION’.

According to the schedules that were unveiled, BTS will perform in Tokyo Dome from 13 to 14 November, in Osaka Kyosera Dome from 23rd to 24th November, in Nagoya Dome from 12th to 13th January 2019 and in Fukuoka Yahouku Dome from 16th to 17th February 2019.

Few days ago, BTS MV entitled ‘Mic Drop’ remix version that was released in November last year has surpassed more than 300 million views in Youtube. This is the fifth videos of BTS that surpassed 300 million views after ‘DNA’, ‘FIRE’, ‘DOPE’, and ‘Blood Sweat Tears’ that has become a new record for a KPOP Group.

‘Mic drop’ remix version is a remix of a song ‘Mic Drop’ form album ‘LOVE YOURSELF HER’ which was released in September last year and was remixed by the international DJ Steve Aoki and the rapper who is also took part on its production, Desiigner.

BTS will also perform in Jamsil Olympic Stadium in Seoul in 25th and 26th of August later as the beginning of its world tour and they will continue their journey to America such as Los Angeles, Orlando, Fort Worth, New York, Chicago, Canada Hamilton, then later in England London, Netherland Amsterdam, Germany Berlin, France Paris, Japan starting from Tokyo, Osaka, Nagoya, Fukuoka and other countries in total of 15 cities and 32 performances.

BTS recently hosting the Naver V Life program ‘BTS Makgeolli Live’ since they will be releasing their newest album ‘LOVE YOURSELF ANSWER’ in 24th August. BTS has captured attention of their fans by talking about their comeback in the show.

Jimin said, “I think the visual, choreograph, and even the song will be new” and then Suga said, “we love doing this kind of music. I think this is a music that BTS have to do” he said that makes the fans put a high expectation on them. Jung Kook with full of confidence said, “we will return and finish them all well”.

Meanwhile BTS will start their first world tour in Jamsil Olympic Stadium in Seoul in 25th and 26th August and they will perform in 15 big cities starting from north America, Europe to Japan.