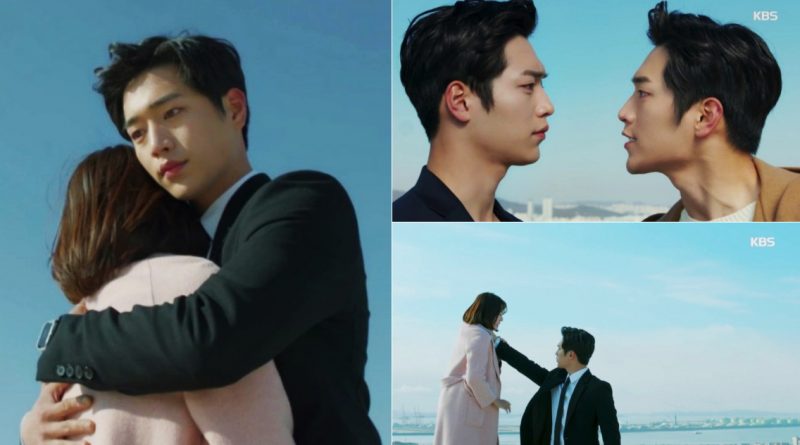 The robot Seo Kang Joon in ‘Are You Human Too’ able to recalled its past memories.

In the 29th and 30th episodes of KBS drama ‘Are You Human Too’ that aired yesterday, the human Nam Shin was angry towards the Nam Shin III and felt like he had took everything that belong to him as he started to take control of the robot.

Nam Gun Ho knew that his grandchild is a robot since the very beginning and he was fascinated by the spirit of his own creation, Nam Shin III. The Human Nam Shin who felt himself robbed form his position and replaced by the robot followed Nam Shin III who went on a date with Kang So Bong and crushed his battery.

With the help of Ji Young Hoon, Nam Shin III successfully met the human Nam shin and confronted him to solve the problems between them.

The evil deed of Nam Shin human keeps going and become really extreme as he tried to manipulated Nam Shin III to almost kill his grandfather in the rooftop. Kang So bong who witnessed this tried to stop Nam Shin III and Nam Shin III who spotted her went to her and grabbed a hold of her neck.

Kang So Bong then said, “I will not move. I will not avoid you. Please, comeback” she said, desperately when she was being choked by Nam Shin III. When Nam Shin III saw the tears falling to his palm, he suddenly recalled his memories in the past and finally let go of her before he hugged her and told her “I am sorry, now I’m hugging you.”.