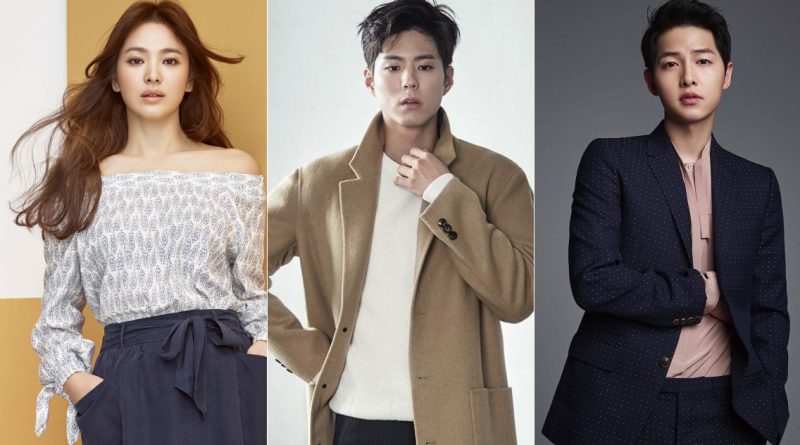 It is expected that tvN will be taking a lead this year through its drama’s influence starting from ‘Why Secretary Kim’ and will continue to the second half of this year till the first half of next year. Starting from ‘Wife that I Know’ which Jisung and Han Ji Min starred in, ‘Boyfriend’ which Song Hye Kyo and Park Bo Gum starred in to ‘The Chronicle of Aseudal’ which Song Joong Ki, Jang Dong Gun and Kim Ji Won starred in.

Another drama that become the talk of the town since the news of its production were spread is ‘Boyfriend’ which Song Hye Kyo and Park Bo Gum starred in. this drama has captured a lot of attention and made the viewers put a high expectation on how the two of them will act very well together.

In November it will be continued with Hyun Bin and Park Shin Hye with their drama ‘Memories of Alhambra’ that will air for the first time. This drama tells a story of Yoo Jin Woo (Hyun Bin) the CEO of a business company who went to Granada, Spain for a business trip and ended getting into strange things after his meeting with the woman who run the old hostel named Jung Hee Joo (Park Shin Hye).

It’s been a quiet long time for a terrestrial channel who can take the lead in the small screen. And now tvN and JTBC through the line-up drama showed each of their powers and ready to compete against each other. tvN apparently have the greatest line-up that has been awaited by the viewers because each dramas is the return of many great stars after their absence such as Park Bo Gum, Song Hye Kyo, Song Joong Ki and even Hyun Bin.

May 31, 2017 Tirta Comments Off on Jo Sang Wook and Cha Ye Ryun are Officially Married!