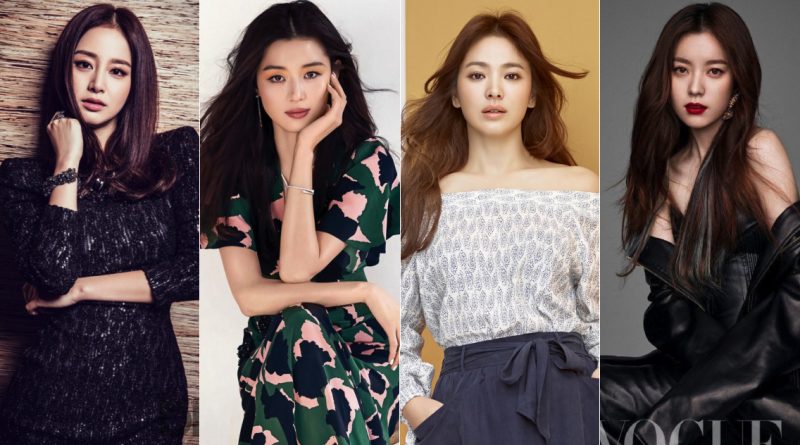 The female stars in their 30s own an outstanding real estate and dominating the entertainment industry has become the talk of the town. These four actresses Kim Tae Hee, Jeon Ji Hyun, Song Hye Kyo and Han Hyo Joo are the famous stars who owns expensive real estate with the total of more than 10 billion won.

As a mother, actress Kim Tae Hee lives in a high-end real estate in Hannam and she also owns a building in Taheran-ro, Gangnam. These two house worth 20 billion won combined in total.

If it’s combined the the properties of her husband then the total of their wealth is around 50 billion won.

Jeon Ji Hyun is an actress with the second largest real estate worth in the entertainment industry following up the owner of SM Entertainment, Lee Soo Man who owns properties worth 100 billion won. Jeon Ji Hyun’s property asset worth 77 billion won.

Song Hye Kyo is known to have interest in investing on real estate since she became popular as the preparation for her mother’s retirement. The total of the properties that Song Jong Ki owns around 37 billion won.

Han Hyo Joo who recently was rumored dating Kang Dong Won also has become one of the artist who has a high-end real estate.

After she bought a building in Hannam Dong Seoul for 5.5 billion won last September, she is reported to bought another building in Galhyeon-dong around 2.7 billion won in spring this year.