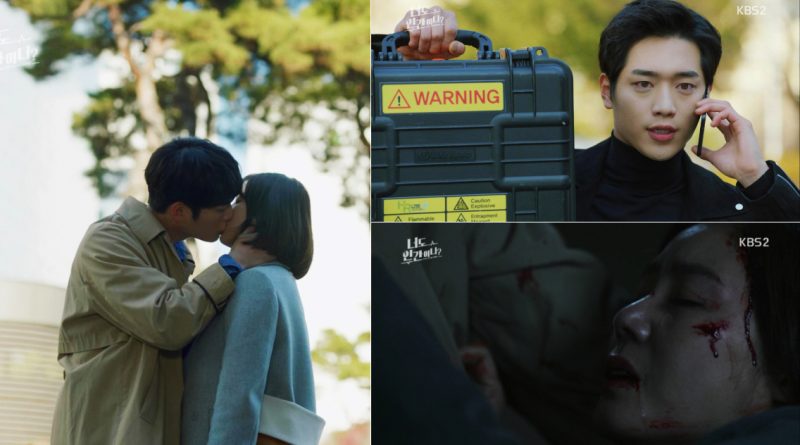 In the 33rd and 34th innings of KBS drama ‘Are You Human Too’ that aired yesterday, the human Nam Shin (Seo Kang Joon) lost his power towards the company against the intelligent robot Nam Shin III (Seo Kang Joon) as he tried to kill the robot. Thankfully Oh Laura has prepared an emergency that can saved the robot Nam Shin III, but Seo Jong Gil was secretly watching for the death that Oh Laura had to face.

Then Nam Shin III recalled her past since the first time he landed in Korea and pretended to be Nam Shin until he finally revealed his identity, he remembered that Kang So Bong (Gong Seung Yeon) is the one who always right beside him and he told her “I can protect my identity all thanks to you.”. meanwhile the human Nam Shin wanted to avenge his revenge on Nam Shin III. When he knew about the kill switch, he entered Kang So Bong House while pretending to be the robot and took the kill switch box as he then called Nam Shin III. The human Nam shin Said “Today you’re going to die” then the Nam Shin III asked for a few minutes as he gave So Bong the pendant and kissed her, confessing his feeling towards her with “I Love You”.

When the human Nam Shin was about to killed Nam Shin III, Nam Shin III told him, “Get rid of me and stop your anger”. Nam Shin who couldn’t stop his anger pushed the button of the kill switch in front of Oh Laura, Oh Laura quickly put on some chip that she has made that successfully prevent the death of the Nam Shin III. But the evil laugh of Seo Jong Gil can be heard as suddenly a construction material fell down and was about hit the both Nam Shin III and Oh Laura.

Oh Laura pushed Nam Shin III away and let the material fell on her. Oh Laura who was bleeding too much told Nam Shin III “when I made you I was really happy. I’m sorry I can’t keep my promise to return home with you” he said. But then Seo Jong Gil called the police and reported that “A robot just killed a human, it’s a killer robot”.

Meanwhile, the last episode of ‘Are You Human Too’ will air in 7th of August at 10pm local time.

March 28, 2017 Tri Comments Off on ‘The Prison’ Tops The Box-Office
MOVIE VIDEO