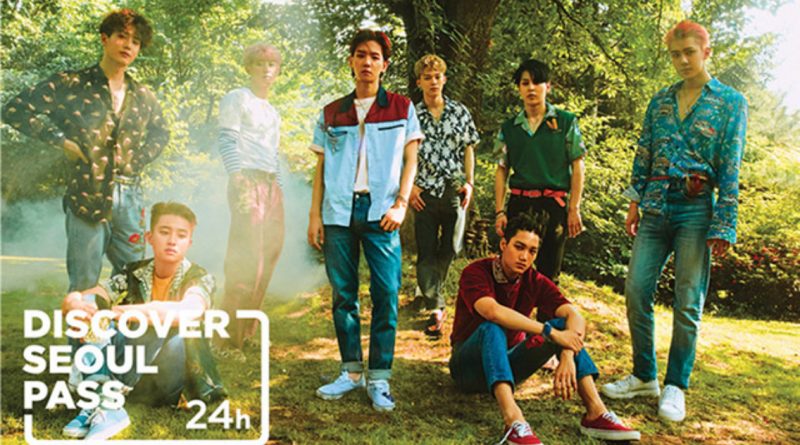 The face of each member of group EXO will be all over the ‘Discover Seoul Pass’, a unique travel pass for all the foreign tourist.

The Seoul Metropolitan government and the Seoul Tourism Foundation announced in 6th of August that they will make 1000 copies of ‘Discovery Seoul Pass’ and start the official selling in 20th of August.

The purpose of this pass is to give all the hallyu fans especially EXO’s fans a souvenir of EXO which is one of the most popular K-Pop group in foreign country.

There are 10 types of this special edition of pass, the eight types are the individual types which only one of each EXO members’s face will be printed on and the other two types are the group photo of EXO.

The government of Seoul Metropolitan announced that they will started the pre-sale in 7th of August through the official website of Discover Seoul Pass. To all the people who has received the confirmation e-mail can exchange their pass in the Myeongdong Tourism Information Center or in SM Town Theater.

If the orders is over the quota, the ticket selling will be done by draw. If there is any ticket left then it will either be re-sell or be sell on the spot.

Discover Seoul Pass is a pass for all the foreign tourist which the tourist can enjoy the major tour destination in Seoul with one card.

The holder of this pass can visit 36 major tour destinations for free and will received a discount in 30 other destinations. This card can be use in 24 hours since the first time entering the first destination and it is cost 39.900 won.