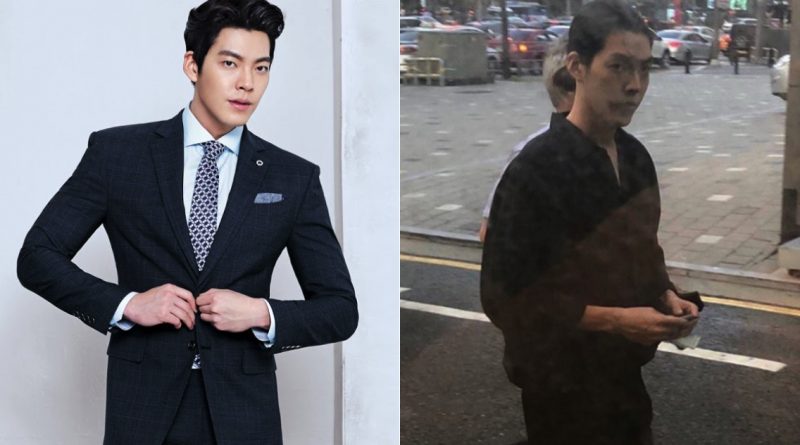 Actor Kim Woo Bin who recently been spotted in public has become the talk of the town in between the netizen.

A media social user posted pictures with title ‘Kim Woo Bin’ in 12th of August in some online community. According to the user, Kim Woo Bin was seen leaving the café with his best friend, actor Lee Jung Suk. Kim Woo Bin in the picture was seen skinny and has a long hair that captured the netizen attention. In the other picture Kim Woo Bin was seen with his long hair tied in the back of his head. He was looking healthy but not as healthy as his health condition previously. He is expected to still be in the recovery period.

Regarding this, his agency, Sidus HQ has kept a low profile on any specific detail about his health condition but he is reported to be in the recover and treatment period. They also added that the return of Kim Woo Bin is still undecided.

Kim Woo Bin suddenly stopped working in may last year. The reason was because he was diagnosed with cancer. Previously he went to the hospital after feeling something unusual with his body. His agency immediately stopped and cancelled his schedules and stated “It is not too late to be treated. Now Kim Woo Bin is currently in recovery and medication treatment. We will focus on his recovery so that he can comeback as health as he used to so we hope you can pray for his fast recovery.”.