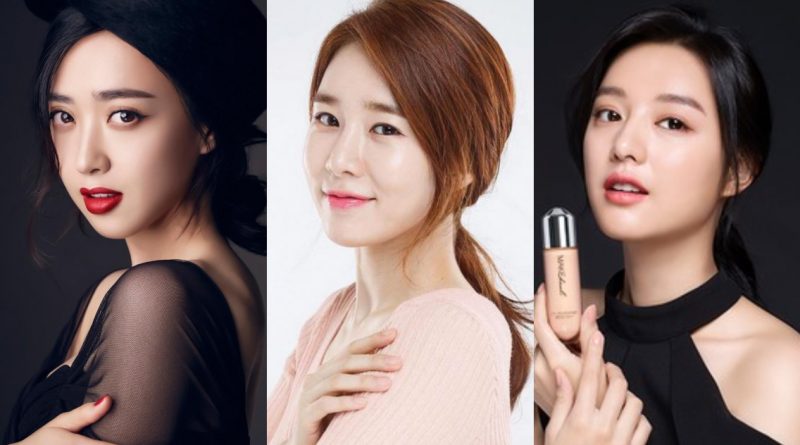 There is a saying that whoever Kim Eun Suk’s second female leads are magically miracle. Just like ‘Goblin’ Yoon In Na, ‘Descendant of the sun’ Kim ji Won and ‘Secret Garden’ Kim Sa Rang. Kim Eun Suk has her own colors and charms on choosing the second female leads in her drama. Those actresses left rather stronger impression than the first female leads such as Kim Go Eun, Song Hye Kyo and also Ha ji Won.

This is the reason why all the actresses competing against each other fiercely to be a part of Kim Eun Suk’s works. Kim Ji Won back then received an offer to appear in ‘Descendant of the Sun’ and she decided to took the offer without even known what role she will be playing and now she is successfully become a popular star. This isn’t only because the big ratings of the drama but also because the second female lead of Kim Eun Suk’s works aren’t only used as the rival of the first female lead but also an original character with its own story.

Kim Min Jung played the role of Kudo Hina in tvN drama ‘Mr Sunshine’ showed a completely independent kind of character. Kim Min Jung played the role of Kudo Hina, a woman who married a Japanese and now a widow as she runs the hotel named Glory in Joseon. Even when a woman servant was treated badly by a customer, she was fair on her judgement. She is known for her line ‘All the man in Joseon who have powers, will eventually come to Glory Hotel’. She is also showing her affection and feelings towards Lee Byung Hun (Choi Yoo Jin) boldly. Eventhough her character might seem beautiful and rich as the owner of the hotel, she is a very mysterious women and this is the main charms of Kim Min Jung.

At first, Kim Sa Rang was supposed to play the role of Kudo Hina but because of schedules issue, Kim Min Jung finally got the role. Eventhough the short preparation time, Kim Min Jung who has showed her capability in action through the movie ‘New Heart’ (2008) sucesfully lived up his character perfectly. The previous episode that aired in 11th of august showed the action scenes that seems like a movie by Kim Tae Ri (Go Ae Shin).