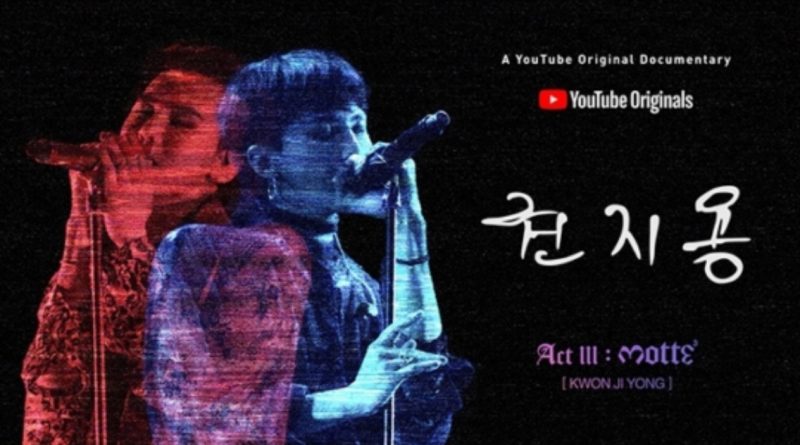 A documentary about G-Dragon’s last solo concert before his enlistment will be released.

In the video, G-Dragon is drawing attention from fans by asking, “Who am I?” and showing a spectacular GD scene on stage as well as continuously agonizing over himself.

The documentary, which will be officially unveiled at YouTube’s original on September 5, featured various scenes from the last solo concert “‘Kwon Ji Yang Act lll: The Moment of Truth” before joining the military.

In particular, he paid attention to the ‘real; Kwon Ji-yong, a soft, lonely man behind G-Dragon’s confident and colorful image, who is welcomed by fans on stage. He focused on the agony he has as the best solo artist in K-pop, and Kwon Ji-yong, who wants to be loved as he is.

G-Dragon released his solo album ‘Kwon Ji-yong’ last year and held a big world tour. Starting with performances at the Sangam World Cup Stadium in Seoul, 36 performances in 29 cities including the dome tours in Asia, North America, Oceania, Europe, and Japan, and 654.000 people have gathered.

G-Dragon has been doing his military duty since February 27. Big Bang remembered V.I.P fans by announcing ‘Flower Road’ on March 13, the date of Dae-sung’s enlistment. In particular, G-Dragon, the leader, and T.O.P., the oldest brother, wrote in their own words and remembered every moment they had been around since their debut 12 years ago.