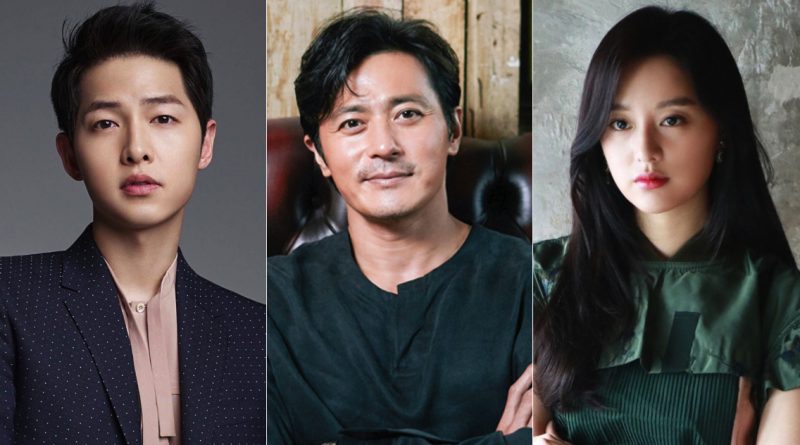 The most anticipated drama that will air next year ‘The Chronicle of Aseudal’ has begun it’s preparation for production.

Actor Song Joong Ki, Jang Dong Gun and actress Kim Ji Won was seen doing a workshop in Yangju, Gyeonggi Province in August 21st. this activity is simply to build the friendship and to prepare for the filming that will be started in September.

Drama ‘The Chronicle of Aseudal’ is the first Korean fantasy drama that tells a story of a civilization of an imaginary country in the ancient times. This drama tells a stor of a mythical hero who struggle to create an ideal country and to create love and harmony among its people. The drama that will be starred in by Song Joong Ki, Jang Dong Gun and Kim Ji Won is indeed the most anticipated drama.

Song Joong Ki play the character who was born under the blue moon who is destined to bring disaster to an ancient city named Aseudal as he survived through the threat in his life. Jang Dong gun will play the role of Ta Gon, a hero from Aseudal who has an ambition to get rid of his political enemies and to become the king of Aseudal. Kim Ji Won who play the role of Tan Nya will realize the ambition of Ta gon and she will try to show her passion in politics as she got involved into it.

Kim Young Hyun and Park Sang Yeon who are known through their works such as ‘Queen Seondeok’, ‘Deep Rooted Tree’ and ‘Six Flying Dragons’ will join forces with PD Kim Sang Yeon who is known for his work such as ‘Misaeng’ and ‘Signal’. This dram ais the most anticipated pre-production drama that will air in the first half of 2019.

May 17, 2017 Tirta Comments Off on Yoo Seung Ho and Kim So Hyun in ‘Ruler: Master of the Mask’ Press Conference
MUSIC VIDEO