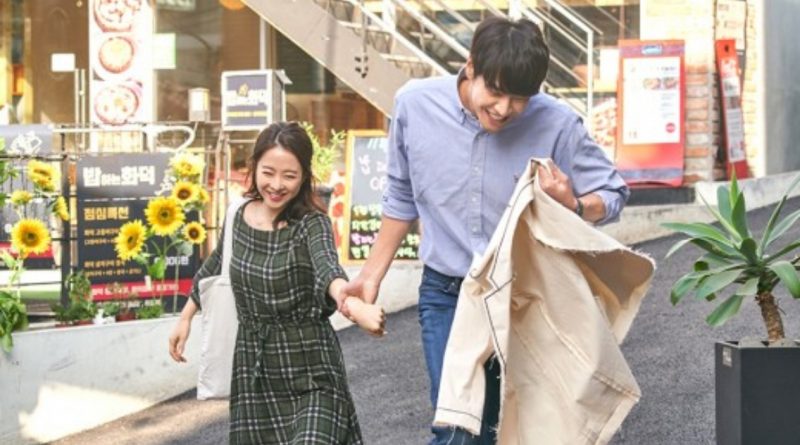 The movie ‘On Your Wedding Day’ has successfully captured both young and old audiences and has been getting a lot of positive reviews as it’s being called as the well-made romantic movie. It also number one box office and has recorded a total 550 thousand audiences in 25th and 26th of August.

The movie ‘On Your Wedding Day’ tells a story of Seung Hee (Park Bo Young) and Woo Hyun (Kim Young Kwang) who fell in love at the first sight on each other. ‘On Your Wedding Day’ is a popular movie that has received a lot of love and sympathy from all ages audiences. This movie is also in the first box office with the record of 901.217 audiences in its first week of release in Korea.

‘On Your Wedding Day’ is also getting praised for almost as successful as ‘Architecture 101’ (total 4.110.645 audiences) with 716.957 audiences in the first week of its release, the romance fantasy movie ‘Beauty Inside’ (total 2.054.297 audiences) with 629.829 audiences in its first week and the recently released movie ‘Be With Young (total 2.602.316 audiences). This movie has become the lead that keep the viewers entertained in the summer this year.

Especially, this movie reminds the moviegoers on movie ‘Architecture 101’ which successfully spread the first love syndrome which recorded.974 audiences in its first week of release.

Park Bo Young and Kim Young Kwang are indeed a perfect couple. Kim Young Kwang’s sweet smile and Park Bo Young’s subtle emotions are expected to spread the first love virus as the movie enjoy its popularity in the second week of its release.

April 27, 2017 Tirta Comments Off on The Rise of ‘One Agency’ and ‘One Project’ Celebrity Couples