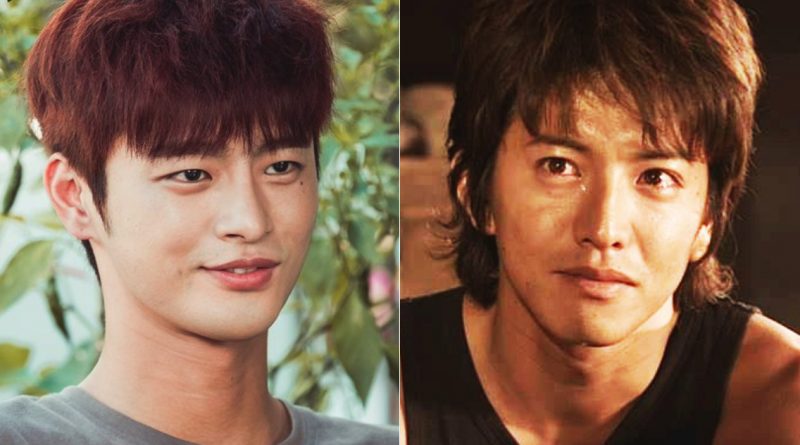 Seo In Guk showed an appearances that surpassed Takuya Kimura.

The new tvN drama ‘100 Million Stars Falling from the Sky’ has unveiled the still cuts of Seo In Guk’s character in 27th of August. The intense gaze of Seo In Guk’s eyes that was very strong is making the viewers expectation high on the character Kim Moo Young who was called Monster.

‘100 Million Stars Falling from the Sky’ tells a story of a dangerous man who is called monster named Kim Moo Young and a woman who is full of scars named Yoo Jin Kang who will fell in love with each other and they have to face the brother of Jin Kang, Yoo Jin Guk (Park Sung Woong). This drama was adapted from the Japanese drama with the same title that aired in Fuji TV in 2002.

Moo Young which will be played by Seo In Guk originally was played by Takuya Kimura, a famous national actor in Japan. Moo Young is a man who thinks of everything around him as a fun game to play and often getting involved in a dangerous game but the truth is he also hide his sorrow and his pasts. After meeting Yoo Jin Kang, he started to open up his heart and mind to her.

After the first filming, Seo In Guk said “I hope the remake of drama ‘100 Million Stars Falling from the Sky’ will make the viewers fall in love with the differences with the original work” he said.

Meanwhile ‘100 Million Stars Falling from the Sky’ will air for the first time in September 26th at 9.30pm local time.