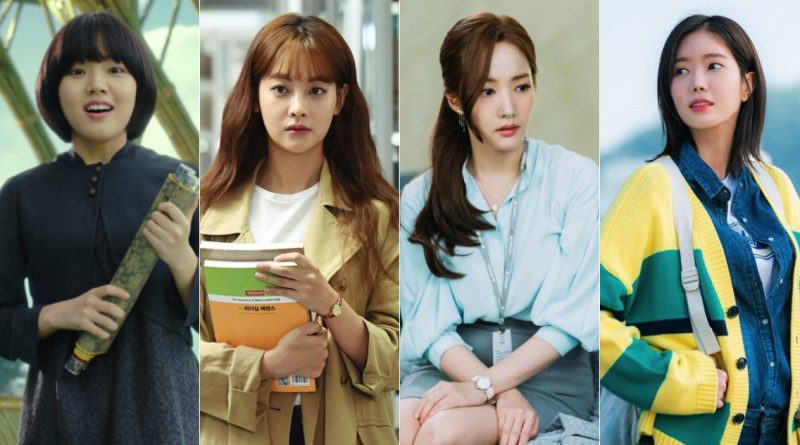 In the past there are many movies and dramas that was adapted from webtoon. This is simply because it’s easy to made a life drama based on the story that has been written and drawn in a solid plot. One of the successful work recently is the movie ‘Along with the Gods’ and the drama ‘Why Secretary Kim’.

When the news about the real-life drama adaptation webtoon, the netizen starting to wonder and make their own choice on which actors that perfectly fit their favorite character. The production team were also surprised after seeing the perfect synchronization of the actors and the characters in the webtoon. Here are the actresses who received a lot of love and support from the original fans.

‘Along with the Gods’ Kim Hyang Gi

‘Along With the Gods’ last year has successfully recorded more than 14 million viewers in total. The second movie that was released early august this year ‘Along with the Gods: The last 49 Days’ has surpassed the total 10 million viewers in its first week of release. The writer Joo Ho Min picked actress Kim Hyang Gi to play the character Duk Choon which is amazingly resemble to the original character. Starting from the good personality to the hairstyle that completely resemble the original, Duk Choon and Kim Hyang Gi are 100 percent synchronized perfectly.

Park Min Young has been receiving a lot of praises after she play the role of Secretary Kim mi So in tvN drama ‘Why secretary Kim’. Her acting skill and her dazzling visual showed a perfect synchronization with the original character that made her looks as if she came out of the manhwa. Not only the wavy long hair but also the High-waist skirt she wore makes her resemble the original character.

‘Cheese in the Trap’ is a popular webtoon that has been adapted to both Drama and Movie. In the drama version, Kim Go Eun played the role of Hong Sul meanwhile in the movie, Oh Yeon Seo got to play Hong Sul. The wavy red hair and the tip of the eyes that kind of slinted upwards and also a plain pair of clothes which Hong Sul’s style matched perfectly with Oh Yeon Seo. Eventhough the movie didn’t become the box office hit but everyone praised her resemblance to the original character.

Im Soo Hyang also received a lot of love and support after playing the role of Kang Mi Rae in JTBC drama ‘My ID is Gangnam Beauty’. Im Soo Hyang is the number one cast that was chosen by the netizen to play the role of Mi Rae. Im Soo Hyang finally got to play the role of Kang Mi Rae, a typical beautiful woman in Gangnam. Because of the hurtful past of being mocked of her ugly appearances, she underwent the plastic surgery before entering the college and became a very beautiful woman. Her shy and slightly unconfident side turned out to has the warmest heart.