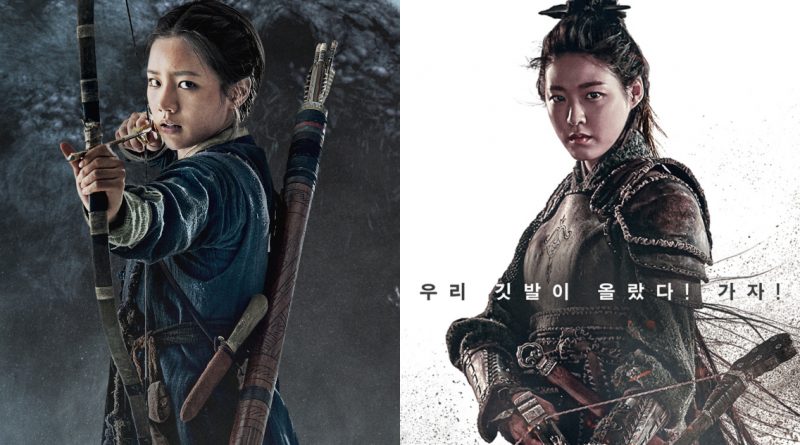 The idol singer Hyeri and Seolhyun will compete against each other in their first historical movie ‘Ansi Fortress’ and ‘Monstrum’. Now the attention is focusing on how the two of them who are known for their performances on stage with their group will show their acting skill in the first ever historical movies.

First, Girl’s Day Hyeri will greet the audiences through her movie ‘Monstrum. She will make her debut through the movie ‘Monstrum’ that will be released in September 13th. ‘Monstrum’ tells a story of someone who is struggling to hunt down the monster who appeared in the king Jung Jong periode of Joseon Dynasty. This movie combined the imagination and fantasy with the set of Joseon Dynasty that made the viewers anticipating this movie.

Hyeri will play the role of the daughter of the monster hunter who has no fears. This is her first movie, first historical movie and also her first action acting. Through the drama ‘Reply 1988’ that ended in 2016, she showed her acting potential and since that moment, Hyeri has done a lot of works such as ‘Two Cops’ which left a strong impression on the viewers. She was also struck by the controversy of her kind of unclear pronunciation and her slightly problematic vocals in her dialog. Now the attention is focusing on will she be able to get rid of her controversy through her acting skill in this movie.

Seolhyun will play the role of a tough and strong woman and also the head of a group of female soldiers in ‘Ansi Fortress’ named Baek Ha. Baek Ha is the sister of Yang Ma Chun (Jo In Sung).

Seolhyun made her debut as an actor through her drama ‘My Daughter Seo Young’ that ended in 2013 and has captured the viewers attention through her acting ability. She has done a lot of works such as ‘Orange Marmalade’, ‘Gangnam Blues’ and ‘Memoir of Murder’.

Unlike the appearances and the image of the idol, now the attention is focusing on will Hyeri and Seolhyun who are very excited on their first historical movies will truly born into the real acting-idol. The chemistry between Seolhyun who will play her character with her brother which will be played by Jo In Sung is also worth anticipation.