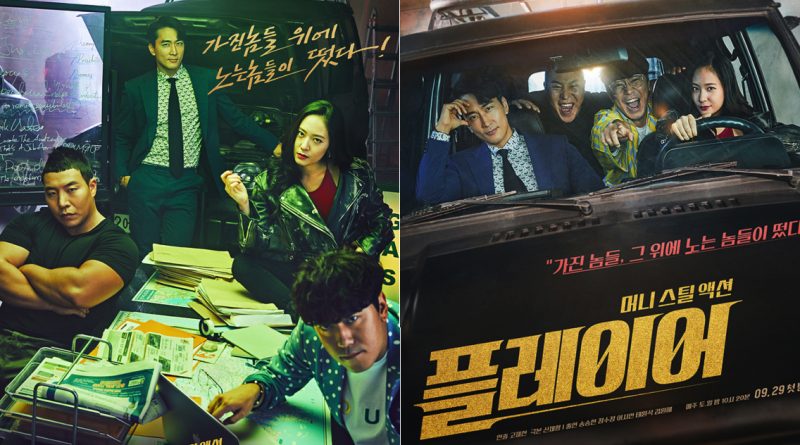 The four main poster for the drama ‘Player’ starting from Song Seung Heon, Jung Soo Jung, Lee SI Eon to Won Tae Suk has been released. Each of the posters showed an amazing performances of each of the characters in this drama and their own unique ability.

‘Player’ is OCN new drama that will air in 29th of September at 10.20 pm local time. This drama tells a story of the best players in crime starting from the master of fraud Kang Ha Ri (Song Seung Heon), the best driver Chae A Ryung (Jung Soo Jung), the hacker Im Byung Min (Lee Si Eon) and the best fighter Do Jin Woong (Won tae Suk).

These four main posters were released today in 31st of August and showed the four character’s charm that ready to get involved into criminal doings in order to gain an illegally collected money. Each of the four characters has their own ability, power and personality that make them completely different with each other.