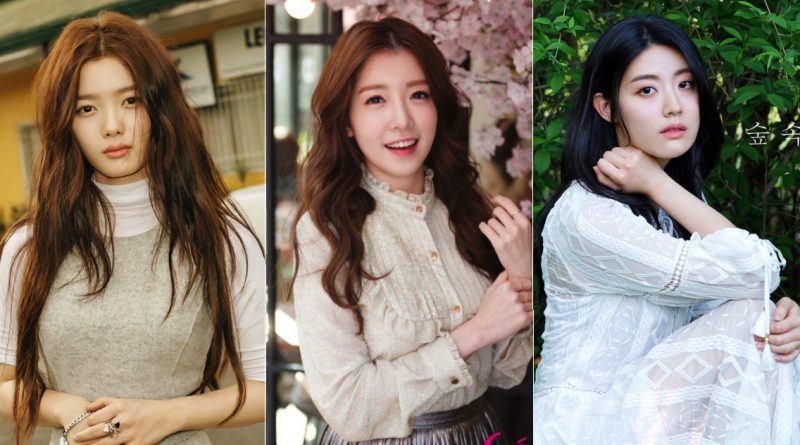 Actress Kim Yoo Jung, Nam Ji Hyun and Jung IN Sung are the main female lead in their newest drama and they indeed have one thing in common and that is none other than they’re a kid who grow up well.

First, Kim Yoo Jung who is loved by a lot of people now has transformed herself from the child actress to a complete adult and now she is ready to make a return to JTBC drama ‘Clean with passion for now’.

Kim Yoo Jung who has showed her charm through the KBS drama ‘Moonlight drawn by the cloud’ will show a total change in the drama ‘Clean with passion for now’. she will play the role of Gil Oh Sol, a student who is full of passion to find a job and to survive which she doesn’t care about cleanliness. She will showed a unique yet strong charm through her character, especially ‘Clean with passion for now’ is a drama that was adapted from a popular webtoon with the same title and that the original fans think that Kim Yoo Jin fits the character so well.

Nam Ji Hyun is expected to show her charm through the tvN drama ‘Hundred Days Husband’ that air in September 10th. Nam Ji hyun who is known through her acting in drama MBC ‘Queen Seondok’ and SBS ‘Will You snow on Christmas’ and also the romantic comedy drama SBS ‘Shopping King Louis’ this time will play the role of the eldest daughter of a noble family in Joseon who will married to Kyung Soo that made the viewers anticipating her lovely and innocent character.

Jung In Sun which is expected to be the princess of the second half of this year was also a child actress. Jung In Sun has become the talk of the town after she was chosen to starred in MBC drama ‘Terius Behind Me’ that will air in September. Jung In Sun who is known for her works such as ‘Memoir of murder’ has become really popular since her role in JTBC drama ‘Laughter in Waikiki’ and he will play the role of Go Ae Rin in ‘Terius Behind Me’ that will try to reveal the biggest conspiracy along with Kim Bon (So Ji Sub).

Even though a lot of people were worried because it’s So Ji Sub’s drama, but Jung In Sung is expected to show the unique acting ability that makes her different from any other main female leads.