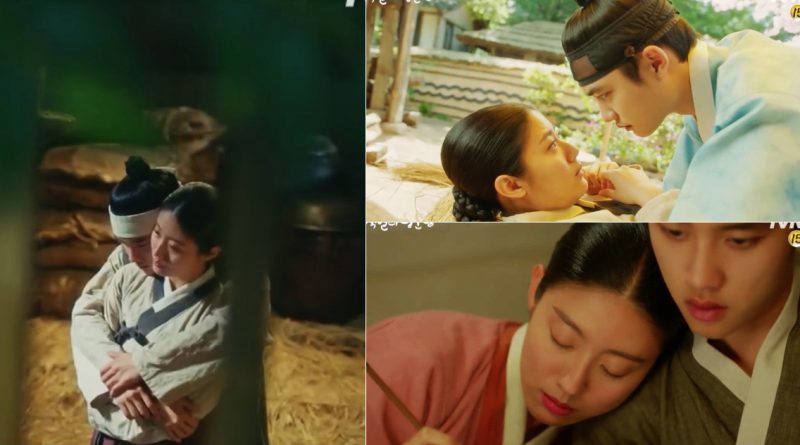 Do Kyung Soo and Nam Ji Hyun straightforwardly giving a hint about their perfect chemistry in ‘Hundred Days Husband’.

Do Kyung Soo, the main lead of tvN drama ‘Hundred Days Husband’ said “Nam Ji Hyun is full of energy. I am older but I learned a lot on the filming site from her. I also feel comfortable when acting and I always notices and take cares of everyone around me” he said. Nam Ji hyun then said “I have watched Kyung Soo’s works and I was wondering on how will I cat. I have talk and discussed about it with him in the filming site” she said.

Do Kyung Soo will play the main lead of crown prince Yool and a commoner named Won Deuk meanwhile Nam Ji Hyun will play the role of Hong Shim. They have played each of their characters and made the viewers predicted that the chemistry between the two of them will be worth to wait for. Regarding this Nam Ji Hyun said “in the first half of this drama, our love story will be fresh and sweet and full of excitement but by the second half, this is where both heartwarming and heart wrenching story will begin.” Then she added, “Especially, the main point to watch in this drama is the changes of the feelings and point of view of each character” she said, leaving a slight hint on the changes relationship between Hong Shim and Won Deuk.

‘Hundred Days Husband’ story started with a prince Lee Yool who lost his memories and became commoner named Won Deuk (Do Kyung Soo) who will marry the eldest daughter rof Song Ju hyun, Hong Shim (Nam Ji Hyun). Hong Shim is quiet famous and adored in her village and their marriage will be the beginning of their unpredictable love story.