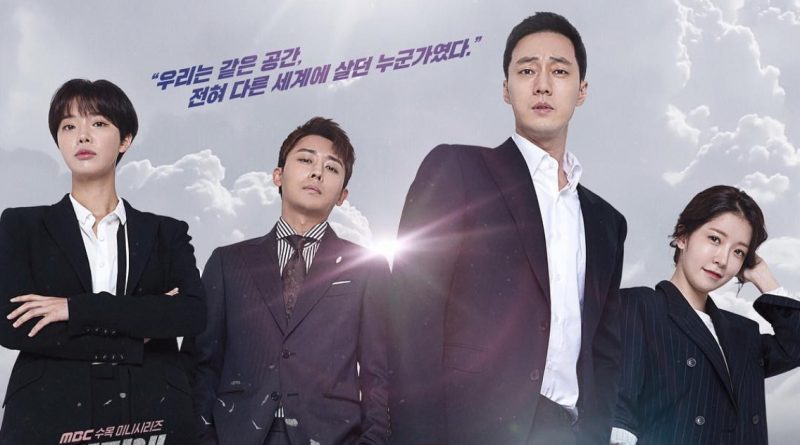 ‘Terius Behind Me’ has unveiled its three main posters.

The new MBC drama ‘Terius Behind Me’ that will air for the first time in 27th of September tells a story of a black legendary agent that will met a genius woman and got themselves involved in the war of spy.

First, one of the poster showed the strong presence and existence of the character Kim Bon that was played by the So Ji Sub alone that has captured the viewers attention. The loneliness and the unique aura or the agent Kim Bon has created slightly different atmosphere that is still full of charm somehow.

Also the poster of the couple So Ji Sub and Jung In Sun (Go Ae Rin) showed a fantastic combination and also the dazzling charm that captured the viewers heart through their actions and their gaze.

In the next poster showed the charm of 4 main characters of this drama including Jung In Sun and her intense gaze and also So Ho Jun (Jin Yong Tae) who is full of charms and also the chic looking Im Se Mi (Yoo Ji Yeon) that made the viewers couldn’t help but anticipated this drama.

‘Terius Behind Me’ is the new MBC drama that will air for the first time in September 27th at 10pm local time with four episodes in consecutives.