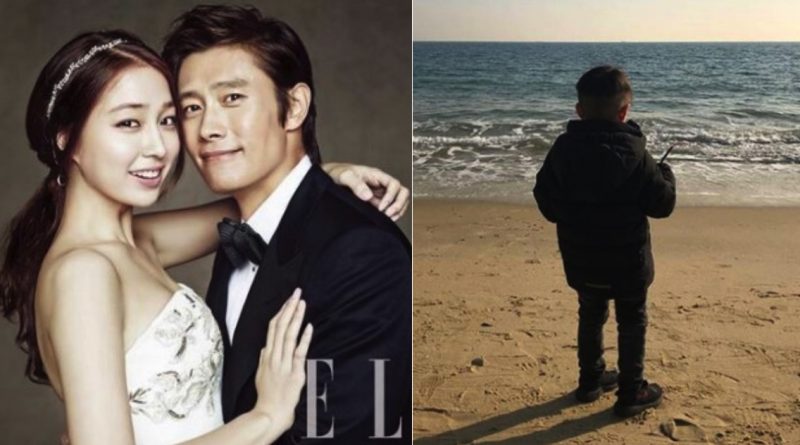 The face of the son of Lee Byung Hun and Lee Min Jung has finally exposed to the public.

Recently a picture was released and spread in the community online with the tittle “the son of Lee Byung Hun and Lee Min Jung”.

In the picture showed Lee Byung Hun and Lee Min Jung who were holding their son’s hands as the face of the son was exposed. The face of their son that has never been exposed to the public has now spread all over the internet. Someone apparently met the Lee Byung Hun’s family and took their pictures and posted it online.

Up until now, Lee Byung Hun only unveiled his son through their media social from the back figure of his son or when his son was wearing a mask that completely not show the face of his son. He doesn’t want his son’s face and his private life was exposed to the public.

Meanwhile a lot of netizen are interested in the face of the son of Lee Byung Hun and Lee Min Jung, a lot of people also against the idea and said that it is something bad to do and invading someone’s privacy in life as it’s a crime to forcefully and illegally posted someone’s face online without their permission, they left a comment such as “They have no manner” and stuff.

August 11, 2017 Gita Comments Off on Seven O’Clock and Kim Seulgi Donated With Their Talents, How’s Their Chemistry?