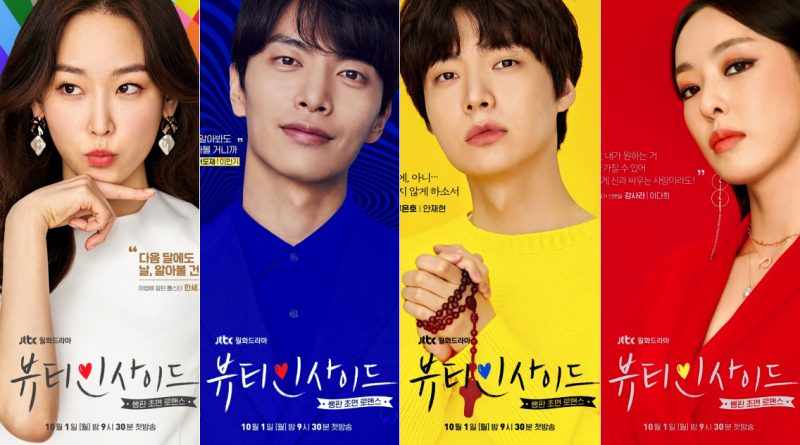 ‘The Beauty Inside’ has once again attracted the viewers attention by releasing the character posters with various emotions and colors from Seo Hyun Jin, Lee Min Ki, Lee Da Hee and Ahn Jae Hyun.

‘The Beauty Inside’ is a JTBC new drama that will air for the first time in October 1st and recently just released its new poster characters will full of colors that showed off each of the characters charms and colors with a hint of romcom.

‘The Beauty Inside’ tells a love story of Han Se Kye (Seo Hyun Jin) a woman who has to live with another people’s face for a week and a man named Seo Do jae (Lee Min Ki) a man who can’t tell other people’s face. This drama is written by Im Ma Ri and is directed by Song Hyun Wook who has known and loved by the public through the refreshing charm that has its own specialty in genre romantic comedy.

In the released posters showed the colorful and the charm of each character that gives off a strong presence and created a comical yet trendy vibes. In Seo Hyun Jin’s character the background is colorful that indicated the character of Seo Hyun Jin who has to live with many faces other than hers.

August 19, 2018 Tri Comments Off on 5 Stars Who Started Their Career As A Model
Rank&Talk STAR