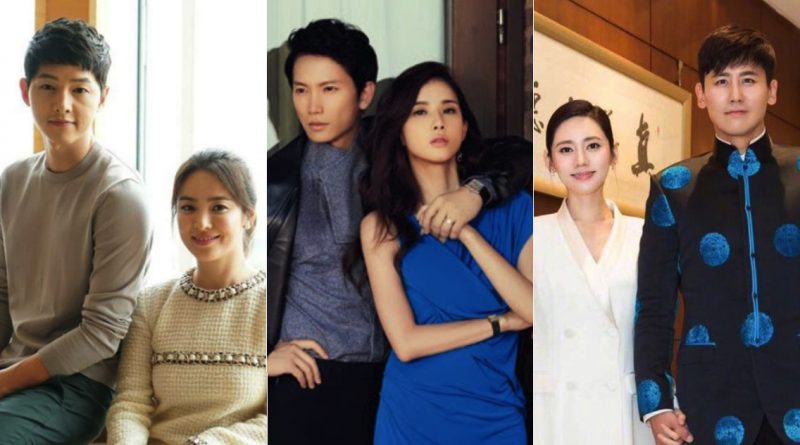 Song Hye kyo and Song Joong Ki, the most-loved celebrity couple by the public are currently concentrating on their works even during the holiday. The two of them showed their professionalism as they’re busy working even during Chuseok. Song Hye Kyo will return to the main screen for the first time after KBS drama ‘Descendant of the Sun’ that ended in 2016 and she will return to a new tvN drama ‘Boyfriend’. Song Joong Ki also made his comeback after ‘Descendant of the Sun’ through the tvN Pre-Production drama ‘The Chronicle of Aseudal’ that is set to air in the first half of next year.

The Celebration of Chuseok holiday has become one of the special thing that Ji Sung had his own way with, Ji Sung is currently focusing on his works plus the news about the second pregnancy of his wife, Lee Bo Young. This holiday, Ji Sung is currently busy promoting his newest movie ‘Feng Shui’ that has been released recently during the Chuseok. Ji Sung who had showed his potential as the real life husband through the tvN drama ‘Wife that I Know’ is now ready to greet his second child. Ji Sung will greet the viewers through the new unique character in the movie ‘Feng Shui’. Lee Bo Young is currently in the first stage of her pregnancy and is currently focusing on prenatal preparation while supporting her husband, Ji Sung.

Choo Ja Hyun and Woo Hyo Kwang is the representative couple of Korea and China and they will spend the rest of Chuseok together with their big family this time. The two of them who recently got married will celebrate their first big holiday with their precious new family. In SBS ‘Big Picture Family’ which Wo Hyo Kwang appeared as the guest star in September 25th and 26th, the viewers can see him enjoying his time with his new family. Woo Hyo Kwang was so dedicated to keep her wife company after recovering from the childbirth and Choo Ja Hyun will greet the viewers after a long time through drama ‘The Chronicle of Aseudal’.