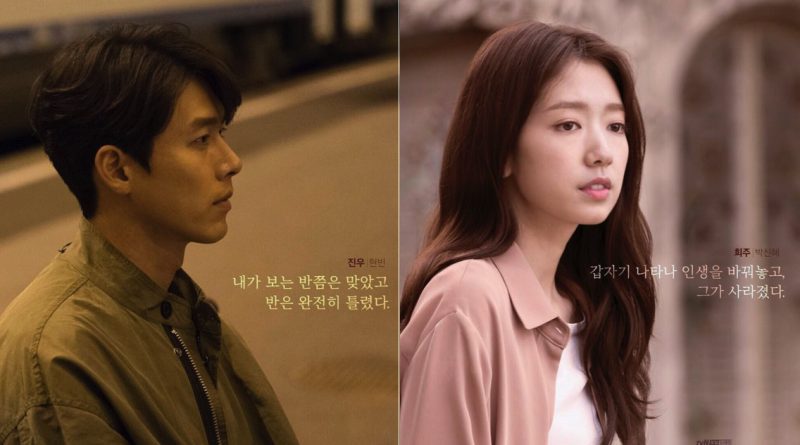 ‘Memories of Alhambra’ unveiled its two types of character poster that made the viewers curious.

The new tvN drama ‘Memories of Alhambra’ tells a story of Yoo Jin Woo (Hyun Bin) a CEO of a company who went to Granada, Spain for a business trip and got involved in series strange events after running into the old hostel owner, Jung Hee Joo (Park Shin Hye).

This drama will air for the first time in 1st of December and has successfully capturing the viewers attention through its character posters of drama ‘Memories of Alhambra’ that shows hyun Bin and Park Shin Hye with unexplained expression that made the viewers curious on how their story will unfold.

First, Hyun Bin showed rather a serious look through his gaze as if he was in a very deep thought. Unlike the reality that he is a CEO of a big company who is also a genius in game developments, Hyun Bin was far cry from the image of a CEO with his simple night-colored jacket. It seems like the character Yoo Jin Woo went through various strange things in Granada, Spain and it can be seen through his expressions that shows concern and deep thoughts through his face.

Park Shin Hye has transformed into someone who is very emotional and full of spirit of art. Her stare full with complex emotions such as nostalgia, anxiety, questions and also created a perfect synergy with her character. Jung Hee Joo was dreaming to be a guitarist but ended up running an old hostel to support her family in Granada, Spain. What will happen to her wonderful story full of magic after running into Yoo Jin Woo, a man who suddenly disappeared and appeared right in front of her?