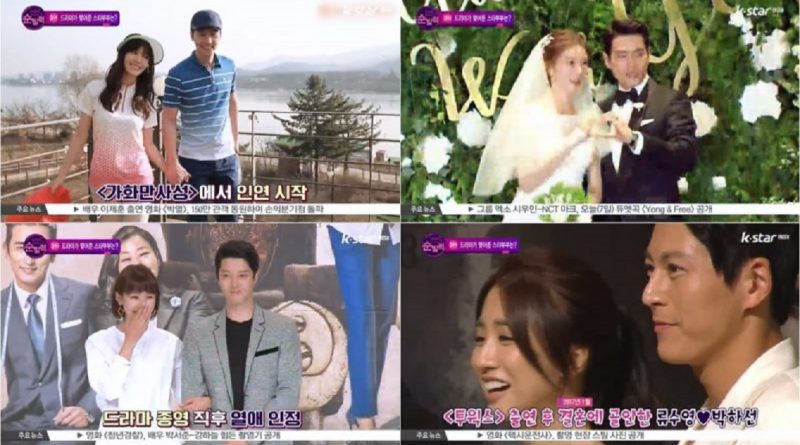 This year, there have been 5 couples who started their relationship from dramas, then decided to get married in real life, including Song-Song Couple.

Song Joong Ki and Song Hye Kyo, who recently announced that they’re going to get married, became a couple after starring in ‘Descendant of the Sun’. Earlier last June, Lee Sang Woo and Kim So Yeon got married. The two began dating last August after starring in ‘Happy Home’. In May, Joo Sang Wook and Cha Ye Ryun also tied the knot. Their relationship stemmed from the drama ‘Glamorous Temptation’.

Ryu Soo Young and Park Ha Sun met in ‘Two Weeks’ and got married last January. Recently Park Ha Sun is reportedly pregnant. She often reveals her life as a newlywed on SNS, inciting fans’ jealousy toward the couple.