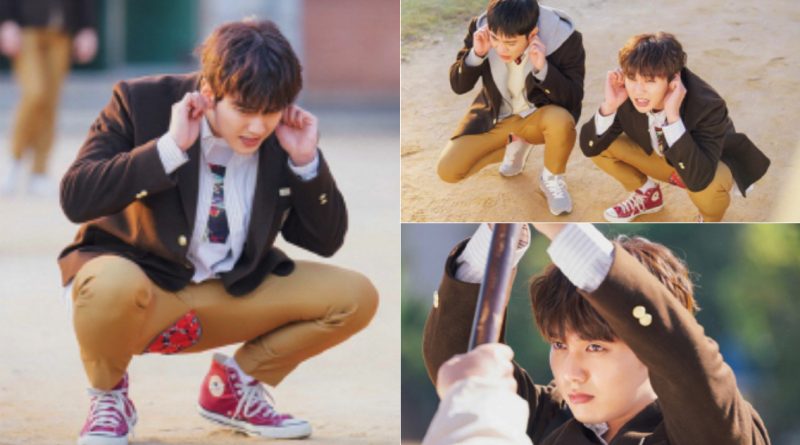 SBS Drama ‘Revenge is Back’ unveiled the character of Yoo Seung Ho and Kim Dong Young with their ripped pants and showing off their hilarious panties that made the viewers burst into laughter.

The new SBS drama ‘Revenge is Back’ that will air in the 10th of December at 10pm local time will tell an emotional romance story of Kang Bok Su who’s life was ruined after getting expelled from the school for the violence in school and decided to return to the school after he became an adult to pay for his revenge.

Kang Book Su and Lee kyung Hyun also received the punishment in the field, they were doing squatting before they pants were ripped and their panties were exposed as they walked side by side. Their story has successfully captured the viewers attention and made the viewers anticipated this drama.