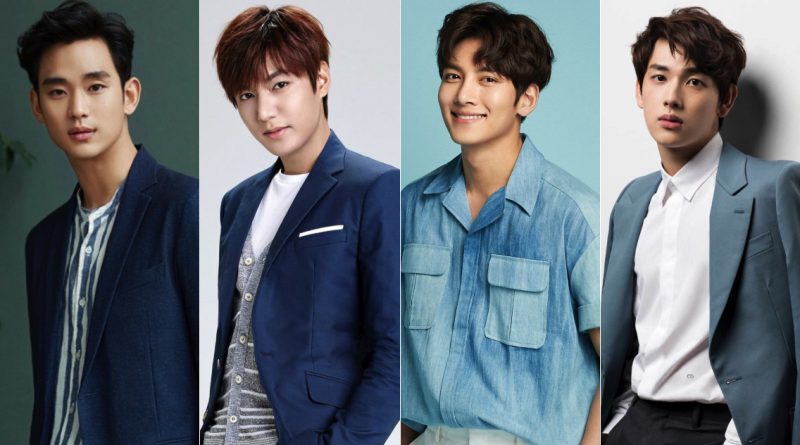 Top Hallyu stars are ready to make their comebacks in 2019 after being discharged from the military.

The first line up is Joo Won (real name: Moon Joon-won, 31). Having served as an assistant instructor at Baekgol Unit in Cheorwon-gun, Gangwon-do, he will be discharged from the military on February 15 next year.

Im Si Wan (30) joined the military service in July last year and now is an assistant instructor at the boot camp of the 25th infantry division. Im Si Wan and Park Sun-young, the famous Korean anchor, were honored at the ceremony of the Korean Army’s Armed Forces Day in October this year.

After established himself as an actor thanks to his excellent acting skills and the popularity of ZEA, he has secured not only domestic but also foreign fans by appearing in the main screen and the home theater even before he enlisted to military.

Lee Min Ho (31) is also currently serving at the Suseo Social Welfare Center in Southern Seoul and will be discharged next year.

Ji Chang Wook (31) is also serving in the Baekgol Unit along with Joo-won, and recently he appeared in the military musical ‘Shinheung Military Academy’ with actor Kang Ha Neul and singer Kim Sung Gyu.

Ok Taecyeon (Discharged 3 June) and the hallyu star Kim Soo Hyun (Discharged 22 July) will also make their comeback in the summer next year.

After went through two discs surgery, Ok Taecyeon eventually serving in the Army’s 9th Division and during the Korean Army Forces Day events he was honored by the president Moon Jae-in for his performance. He completed his military with good performances and get a lot of compliments and praises from the fans and the public. He recently signed an exclusive contract with 51K, his new agency and he had promised the fans that he will show his best performance after he is discharged from the military.

Kim Soo-hyun (30) is also ready to make his comeback soon. Other than the movie “Real,” which was released just before he joined the military, he boasts his career in hitting home runs for most of his movies and dramas, including ‘The Thieves’ (2012), ‘Secretly Greatly’(2013)’, drama ‘The Moon that embraces the Sun’ (2012) and also ‘My Love from another star’ (2013).

In the entertainment industry, there are rumors going around that say Kim Soo-hyun and Lee Min-ho, who are currently serving in the military have received a lot of offers for their comebacks. Attention is also focusing on what kind of works will these two stars pick as their next work and how they able to make a success comeback in the domestic and foreign movie industry after they were discharged from the military.

In 18th of December according to a representative of some broadcast station, “while the competition between the media in entertainment industry is getting fierce, the drama that will be produced in 2019 will keep growing. There are possibilities of a high demand of actors and actress whether in Korea or in China”

Attention is also focusing on whether newcomers like Yang Se Jong, Woo Do Hwan, Jang Ki Yong and also Jung Hae In who have been loved this year, will be able to maintain their status and popularity even after these top hallyu stars being discharged from the military.

Jung Hae In will challenge himself on the main screen through the movie ‘Yoo Yeol’s Music Album’ meanwhile Jang Gi Yong will show his transformation in OCN Drama ‘Blue Eye’. Yang Se Jong and Wo Do Hwan are ready to join forces as the main leads in the new JTBC drama ‘My Country’.