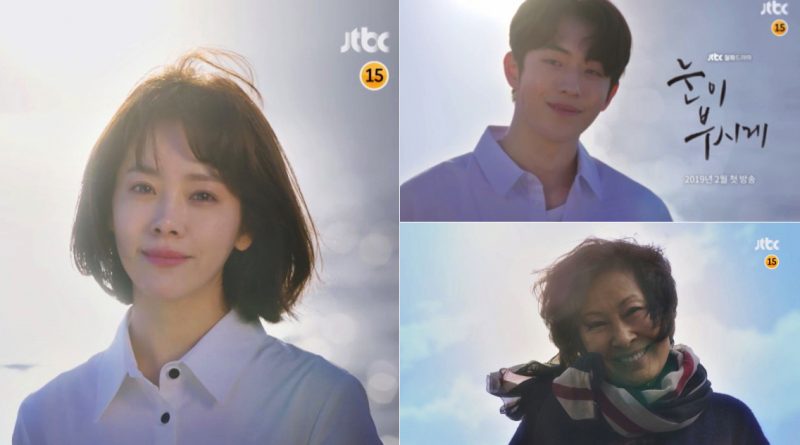 ‘Dazzling’ has unveiled its first teaser that gives off a warmth and beautiful atmosphere.

The new JTBC drama called ‘Dazzling’ that will air for the first time in February 2019 has unveiled its first teaser in 24th of December.

‘Dazzling’ tells a fantasy love story between a woman who lost her time before she got to used it and a man who spend his golden time doing nothing. This drama is one of the most anticipated drama in 2019 as Kim Hye Ja, Han Ji Min, Nam Joo Hyuk and also Son Ho Jun starred in as the main lead.

The teaser video that was released has successfully showed the emotions in the drama by giving off a shining yet inspiring moment that captured the viewers eyes.

Kim Hye Ja and Han Ji Min will play the role of 1 person but in two different dimension as they played ‘Kim Hye Ja’ who can turn back time.

Nam Joo Hyuk also showed a charming transformation. Nam Joo Hyuk will play the role of Lee Joon Ha, a journalist with a handsome face and charisma that will work together with Kim Hye Ja. Lee joon Ha is a man who wasted his time doing completely nothing useful and turning himself into a lethargic one. Nam Joo Hyuk has spread his wings in his acting career by challenging various genre and this time he is expected to show his mature side as an actor in this drama.