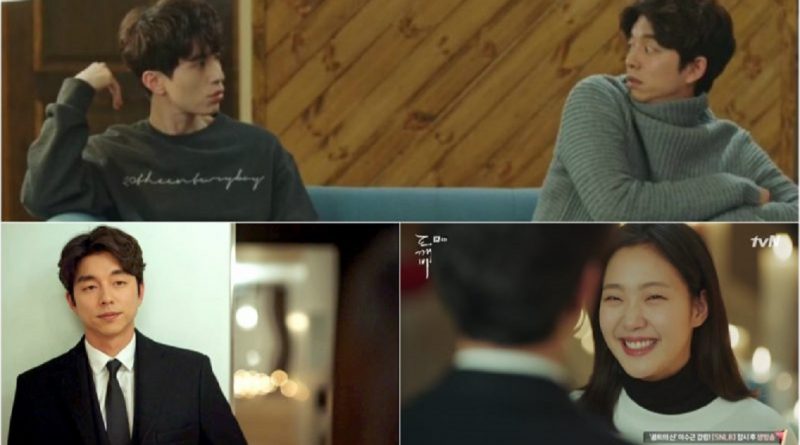 Previously, Eun Tak said that she could see the sword in Kim Shin’s chest.

Eun Tak started to babble about Kim Shin who might propose her now that it was clear that Eun Tak was Goblin’s Bride. Shin kept silent and kept looking at Eun Tak. Then Eun Tak asked what she had to do first as the Goblin’s bride. Shin said that what she had to do was to keep silent. Eun Tak looked disappointed.

Then, Kim Shin asked the Grim Reaper about what he had to do. The discussion between Shin and the Grim Reaper did not yield any result. Kim Shin decided to give Eun Tak the 5000 dolars that she asked for, but Eun Tak had changed her mind and asked to live with Kim Shin instead.

Deok Hwa obeyed his grandfather’s words to serve Eun Tak. He brought Eun Tak to school in his luxurious car, which got Eun Tak embarassed.

In the hotel, Eun Tak summoned Kim Shin by blowing a candle. After Kim Shin appeared, Eun Tak asked why Kim Shin ignored her, but Kim Shin lied by saying that he was not ignoring Eun Tak. Kim Shin asked Eun Tak to eat with him, but Eun Tak asked him to go to a mini market instead.

In the mini market, Kim Shin drank a beer and got drunk. During their way home, while Kim Shin was drunk, Eun Tak asked a lot of things to him. She even said the question to which Kim Shin replied by saying that the Goblin’s bride had to pull out the sword in his chest. Kim Shin said he won’t be handsome if Eun Tak did not pull out the sword. The truth was, if the sword was pulled out, Kim Shin would die.