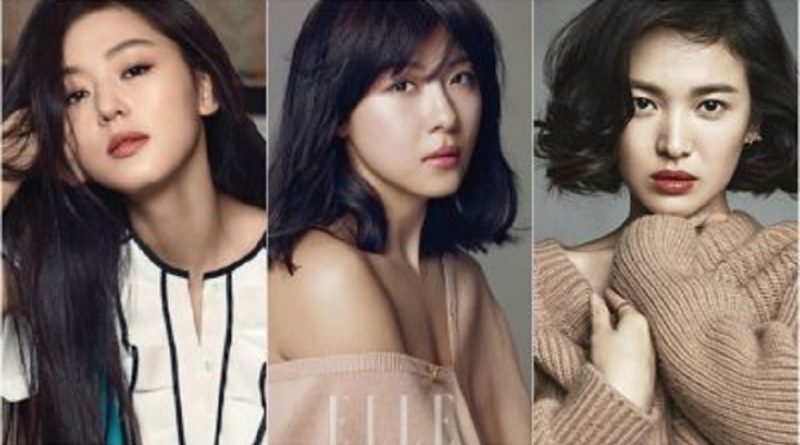 Korean actors and actresses are not only required to appear fresh in every broadcast but also are required to have a great acting skill. With the many demands for their appearance, it is no secret that they also are paid high in order to play in every episode. Here are 5 highest paid Korean actresses.

Jun Ji Hyun’s has countless experiences in the entertainment industry. Jun Ji Hyun has been active since 1997 when she was very young. Jun Ji Hyun’s ability to act should not be doubted anymore. Therefore, Jun Ji Hyun is paid 83.9 thousand USD per episode.

Beside Jun Ji Hyun, Lee Young Ae is also one of the senior actresses. She debuted in 1993 by playing in SBS drama ‘How’s Your Husband?’. There have been many drama hits starring Lee Young Ae, such as ‘Saimdang Light’s Diary’ a few months ago. To play in one episode, she is paid around 83.5 thousand USD.

Ha Ji Won is the queen of drama and action film who has been active in the entertainment industry since 1996. Ranging from ‘Secret Garden’ to ‘The King 2 Hearts’, all of her drama became hits. Ha Ji Won is known for her unbeatable strong acting. Many Ha Ji Won fans have been loyal to her. For one episode Ha Ji Won is paid as much as 42 thousand USD.

Choi Ji Woo was first known in the 2000s with many drama hits like ‘Winter Sonata’ and ‘Stairway to the Heaven’. For one episode, Choi Ji Woo worths as much as 50 million won.

Who does not know Song Hye Kyo? Almost all of her dramas became hits, such as ‘Full House’, ‘That Winter the Wind Blows’ and most recently ‘Descendant of the Sun’ where she starred alongside her husband-to-be Song Joong Ki. With all the achievements she has achieved so far, it is no wonder that producers dare to pay her as much as 42 thousand USD per episode.