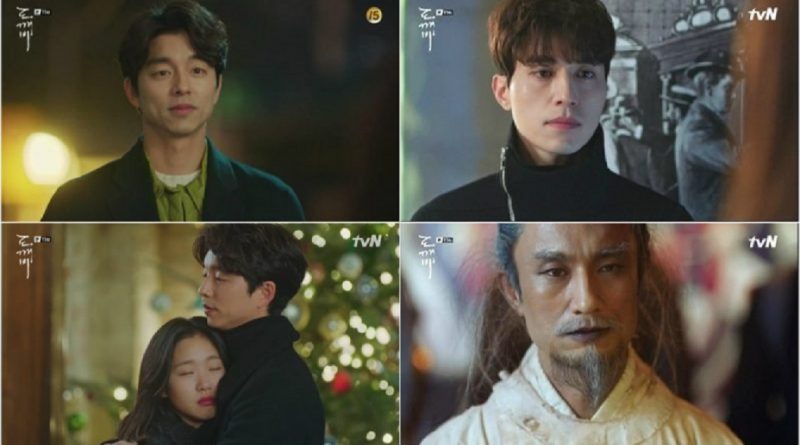 The second half of this episode was started by Eun Tak’s high school graduation.

While her friends came with their parents, Eun Tak felt sad because she came alone. Suddenly, a beautiful woman in all-red outfit who brought flowers came and hugged Eun Tak. She was actually the Goddess of Birth.

At home, Kim Shin and Eun Tak had a serious discussion. Kim Shin finally told Eun Tak that if she did not pull out the sword in his chest, Eun Tak will be the one who dies.

On the other hand, Grim Reaper wanted to give the ruby ring back to Sunny. He went to Sunny’s chicken restaurant wearing his Grim Reaper costume so that he would not be seen, but Sunny, bringing a sakura twig, threw the twig in Grim Reaper’s direction. Grim Reaper’s camouflage was blown.

In the next scene, Ji Eun Tak wanted to help her ghost friend, but it turned out to put herself in danger.

On the next day, Eun Tak was working in the chicken restaurant as usual. When she was talking to her ghost friends, the situation became creepy and out of nowhere, a ghost of Eunuch Park appeared in front of Eun Tak.