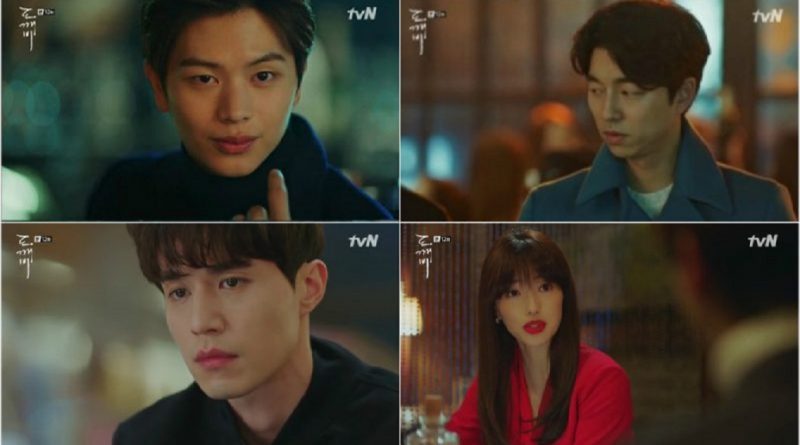 After seeing Eunuch Park’s ghost in the last episode, the 12th episode of ‘Goblin’ was started with Eun Tak thinking about Eunuch Park’s appearance even when she was already at home.

The next scene showed Kim Shin and Grim Reaper coming over to the club where Deok Hwa was at and rushed over to him. Unexpectedly, Deok Hwa stopped the time and built a wall between them. It turned out that Deok Hwa was possessed by the Deity.

When white butterflies flew out of his body, Deok Hwa fainted and his body rolled in the floor. Deok Hwa quickly regained his consciousness, and then innocently asked what Kim Shin and Grim Reaper were doing. Kim Shin was about to beat Deok Hwa out of anger, but luckily, Grim Reaper was there to hold him back.