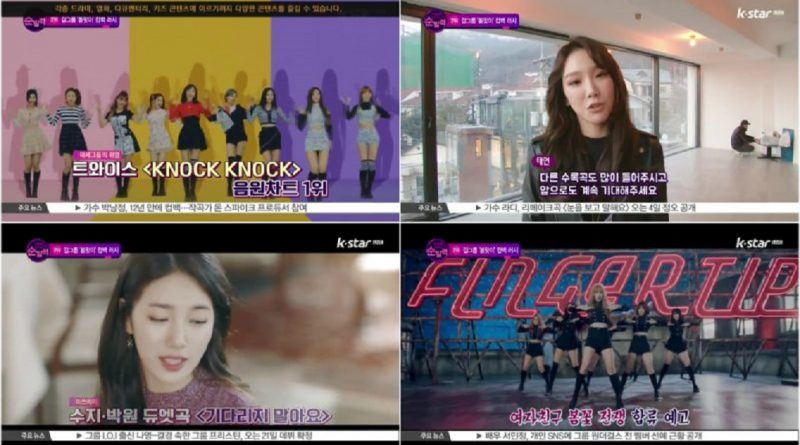 In spring, a lot of idol girl groups are making their comeback.

First is TWICE with their new single, ‘KNOCK KNOCK’, which has been topping music charts since it was released. The MV for ‘KNOCK KNOCK’ hit 30 million viewers in 12 hours, which means the group scored the fastest record for an idol group to hit the number.

On the same day as Taeyeon, Suzy, member of idol girlgroup Miss A released her collab single with Park Won, titled ‘Don’t Wait for Your Love’.

Next, idol girl group Lovelyz made their comeback with ‘WOW’. IOI’s Sejeong and Mina, now part of Gugudan, will also greet their fans by releasing a mini album, ‘Narcist.’

Meanwhile, GFRIEND has also made their comeback with ‘Fingertip’, showing a drastic change in concept.

Who do you think will be the winner of ‘Girl Group War’ this time?