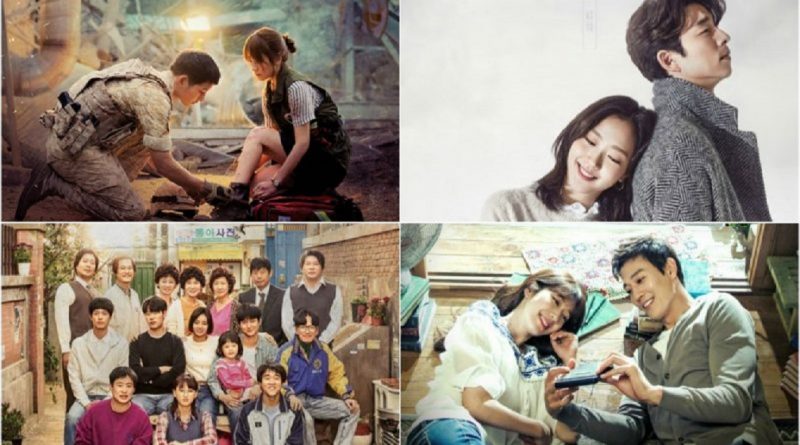 1. Descendants of the Sun

2. Guardian: The Lonely and Great God

Better known as ‘Goblin’, this drama was aired in 2016 by tvN. Just like Descendants of The Sun, this drama is the result of scriptwriter Kim Eun Suk’s cooperation with director Lee Eun Bok. Starring Gong Yoo, Kim Goes Eun, Lee Dong Wook, and Yoo In Na, this drama managed to attract the attention of the audience with an interesting story and the beautiful visuals of the casts. Although it was aired by a cable TV channel, Goblin was able to achieve an 18.6% rating.

This 2015 drama is starring Lee Hye Ri, Park Bo Gum, Go Kyung Po, Ryu Jun Yol, and Lee Dong Hwi. Reply 1988 was greatly favored by the audience because of the interesting plot. Reply 1988 did not only present romance but also family stories, sad stories and some scenes that could make the audience laugh out loud. With a total of 20 episodes, Reply 1988 achieved an 18.8% rating on the last episode.

August 25, 2017 Ria Comments Off on Zico Denies Rumor About Getting Back Together With Seolhyun
DRAMA VIDEO