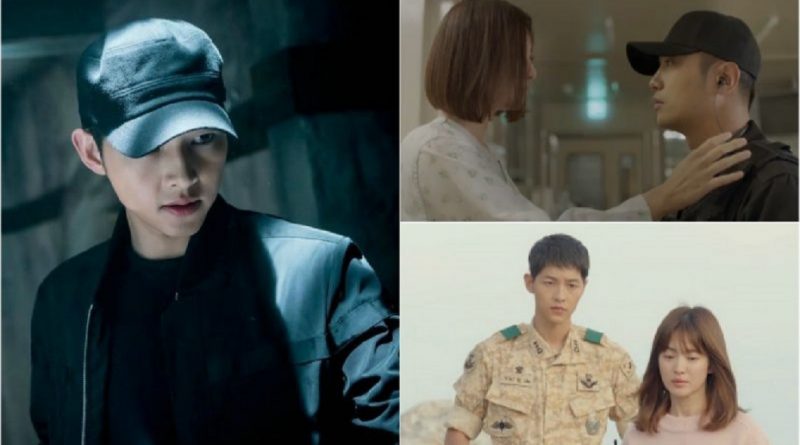 The 12th episode is started with a scene between Seo Dae Young and Yoon Myeong Joo.

Dae Young bid farewell to Myeong Joo as he was going to help Yoo Shi Jin rescuing Kang Mo Yeon, who had been kidnapped.

Myeong Joo looked worried because their mission would be dangerous.

Shi Jin, who were fighting alone to save Mo Yeon, got himself in danger. However, Dae Young and his friends suddenly appeared to help him.

The two of them wore all black outfits and displayed a stunning action scene.

When Shi Jin finally found Mo Yeon, it was apparent that Mo Yeon had been hit, for there was a wound near her mouth. Shi Jin immediately came to her and with the help from the ‘Snoopy’ soldier, Mo Yeon was released from the tickling bomb vest.

After saving Mo Yeon, Dae Young hurriedly came to see Myeong Joo, who was also waiting for him.

The next day, Shi Jin and Mo Yeon met each other. The two of them had a serious talk regarding Shi Jin’s tendency to go without warning and Mo Yeon’s inability to keep worrying about him. This was one of the reasons why Mo Yeon still felt uneasy about their relationship.

July 5, 2017 Tirta Comments Off on A-PINK Officially Made a Comeback with ‘FIVE’
DRAMA VIDEO