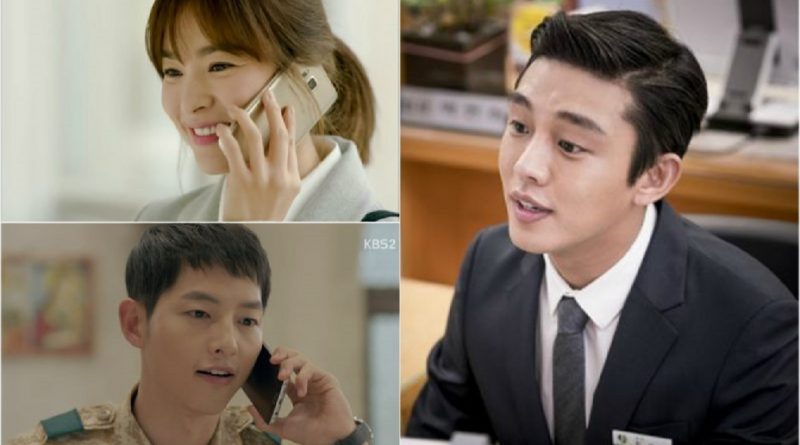 The first part of the 13th episode is started with a happy vibe after the Haesung Hospital medical volunteer team arrived back in Korea.

The volunteer team looked thankful for the warm welcome from their colleagues.

In the next scene, Yoo Shi Jin called Kang Mo Yeon to check whether she had arrived safely. Mo Yeon replied him by saying that she missed Urk.

After that, Mo Yeon went to a bank. There is a surprising cameo from actor Yoo Ah In in this scene, where he appeared as the bank’s officer. The scene was quite funny as Mo Yeon got furious because she could not receive a loan from the bank.

In the next scene, the drama showed Myeong Joo, whose condition kept getting better, and Seo Dae Young, who was always in her side. When they were enjoying their time together, Shi Jin suddenly came and ruined the mood.

Mo Yeon then called Shi Jin to vent out her frustration about not getting a loan from the bank. Instead of soothing his girlfriend, Shi Jin teased Mo Yeon even more, which made her scolded Shi Jin and told him to just stay in Urk and never come back.