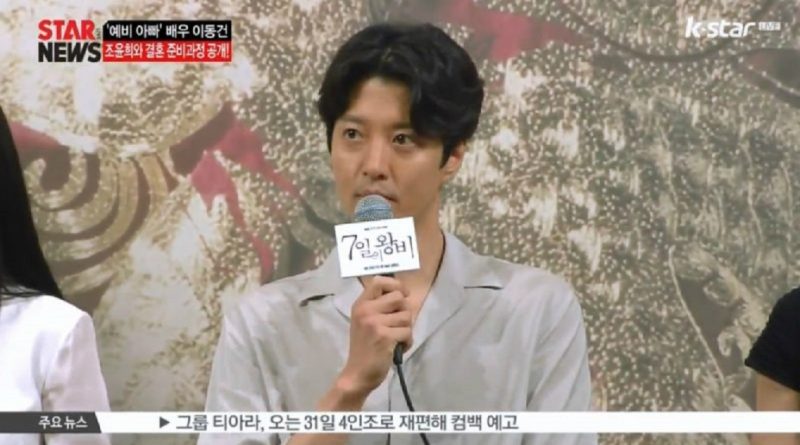 “The character of King that I play here is completely the opposite of my own character. So I’ll try harder to portray the character. Why does the King only do cruel things? That’s what I want to show the audience. Why a King like him can go crazy, why he always does evil deeds, why he continues to live that way, a life full of misery? If my acting can reveal all the reasons why smoothly, then this might become the greatest work, the most memorable work of my life. So please stay tuned to this drama.”

On the occasion, Lee Dong Gun also revealed some things regarding the preparation of his marriage with Jo Yoon Hee. “Of course planning a marriage is difficult. Even so, who else will do it if it’s not me? But I also can not let go of both just like that. Both are the most important things in my life, so I can only do my best.”