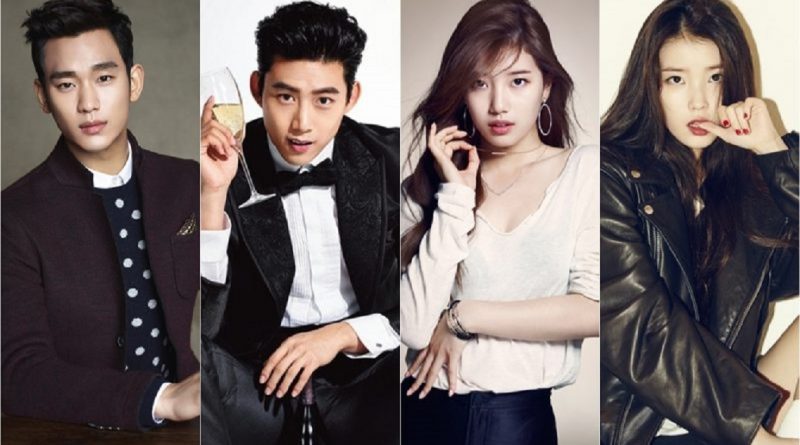 A few days ago, Kim Soo Hyun, Oh Young, and Eun Jung attended the VIP premiere of Ok Taecyeon’s new movie ‘House of the Disappeared’. The four of them knew each other ever since they starred together in KBS drama ‘Dream High’.

‘Dream High’ is a 2011 drama about the life of a group of students who dream to be performers/entertainers. ‘Dream High’ was starred by some names that are considered as big stars in the Korean entertainment industry right now: Kim Soo Hyun, Suzy, IU, and Ok Taecyeon. How far have they changed since the ‘Dream High’ era?

Kim Soo Hyun, who played the character of Song Sam Dong, a guy who has an unrequited love toward Go Hye Mi (Suzy), starred in a popular colossal drama ‘The Moon that Embraces the Sun’ and ‘The Man Who Came from The Star’. He is considered as one of the many top actors in Korea. Kim Soo Hyun’s new movie, ‘Real’, will be released in June.

Suzy debuted as an actress in ‘Dream High’. Her character is Go Hye Mi, a singer wannabe. After ‘Dream High’, Suzy showed her constant development in acting through ‘Introduction Architecture’, ‘Go Family Book’, and ‘Uncontrollably Fond’. She is currently filming a new drama titled ‘While You Were Sleeping’ with Lee Jong Suk.

‘Dream High’ was also IU’s first drama. Her character was a fat girl named Pil-Suk. To play this character, IU had to wear special makeup. At the moment, IU is well-known as Korean ‘National Sister’ and one of the most successful female singers.

Lastly, Ok Taecyeon played as Jin Gook, a guy who has a dysfunctional family. In addition, Jin Gook was also involved in a love triangle with Hye Mi and Sam Dong. Other than singer (lead/rapper of 2PM), Ok Taecyeon is also known as an actor. ‘House of the Disappeared’ is his newest movie, in which he starred along with renowned actress Kim Yoo Jin.